Julia Fullerton-Batten is a worldwide acclaimed and exhibited fine-art photographer. Her body of work now encompasses twelve major projects spanning a decade of engagement in the field.

The foundation of her success was ‘Teenage Stories’ (2005), an evocative narrative of the transition of a teenage girl to womanhood. This and sequel projects portray the difficult stages and life situations of an adolescent girl’s transition to womanhood as she grapples with the vulnerability of her teenage predicament – adjustments to a new body, her emotional development and changes in her social standing. Julia’s book ‘Teenage Stories’ was published in 2007*.

Julia admits to a pronounced semi-autobiographical influence in much of her earlier work, often falling back on recollections of her own early and teenage years, living in Germany, the USA and the UK, her parent’s divorce, and her own early relationships.

Her more recent projects consider social issues, frequently covering controversial subject matter. For example, in ‘Feral Children, 2015’, Julia re-enacts fifteen reported historical cases of feral children. Using child actors, her re-enactments illustrate the tragic circumstances in which children were rejected or abused by their parents, got lost or were left in the wild, and yet others were captured by wild animals.

Her most recent project, ‘The Act’, shot in 2016, is a comprehensive study of the performing and private lives of fifteen women active in the UK sex industry. Her still images are enhanced by interviews with the ladies, captured both in video and text. ‘The Act’ is now available in book form**.

Fullerton-Batten was born in Bremen, Germany. Her early life was spent in Germany and the USA, but after her parent’s divorce she and her siblings moved to the UK. There she completed her secondary education, then studied photography at college. Subsequently she assisted professional photographers for five years before a first commercial assignment kick-started her career in 1995, and first gained recognition as a fine-art photographer in2005.

Julia’s use of unusual locations, highly creative settings, street-cast models, accented with cinematic lighting are hallmarks of her very distinctive style of photography. She insinuates visual tensions in her images, and imbues them with a hint of mystery, which combine to tease the viewer to re-examine the picture, each time seeing more content and finding a deeper meaning. These distinctive qualities have established enthusiasts for her work worldwide and at all ends of the cultural spectrum, from casual viewers to connoisseurs of fine-art photography.

Fullerton-Batten has won countless awards for both her commercial and fine-art work, and is a Hasselblad Master. She was commissioned by The National Portrait Gallery in London to shoot portraits of leading people in the UK National Health Service. These are now held there in a permanent collection. Other images are also in permanent collection at the Musee de l’Elysee, Lausanne, Switzerland. She is widely interviewed about her projects by professional photographic magazines from around the world and is sought after as a speaker at international events and as a judge for prestigious international photographic competitions.

Julia lives in London with her husband and two young boys. 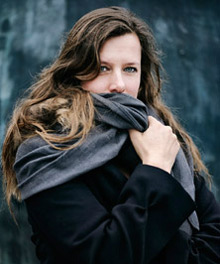