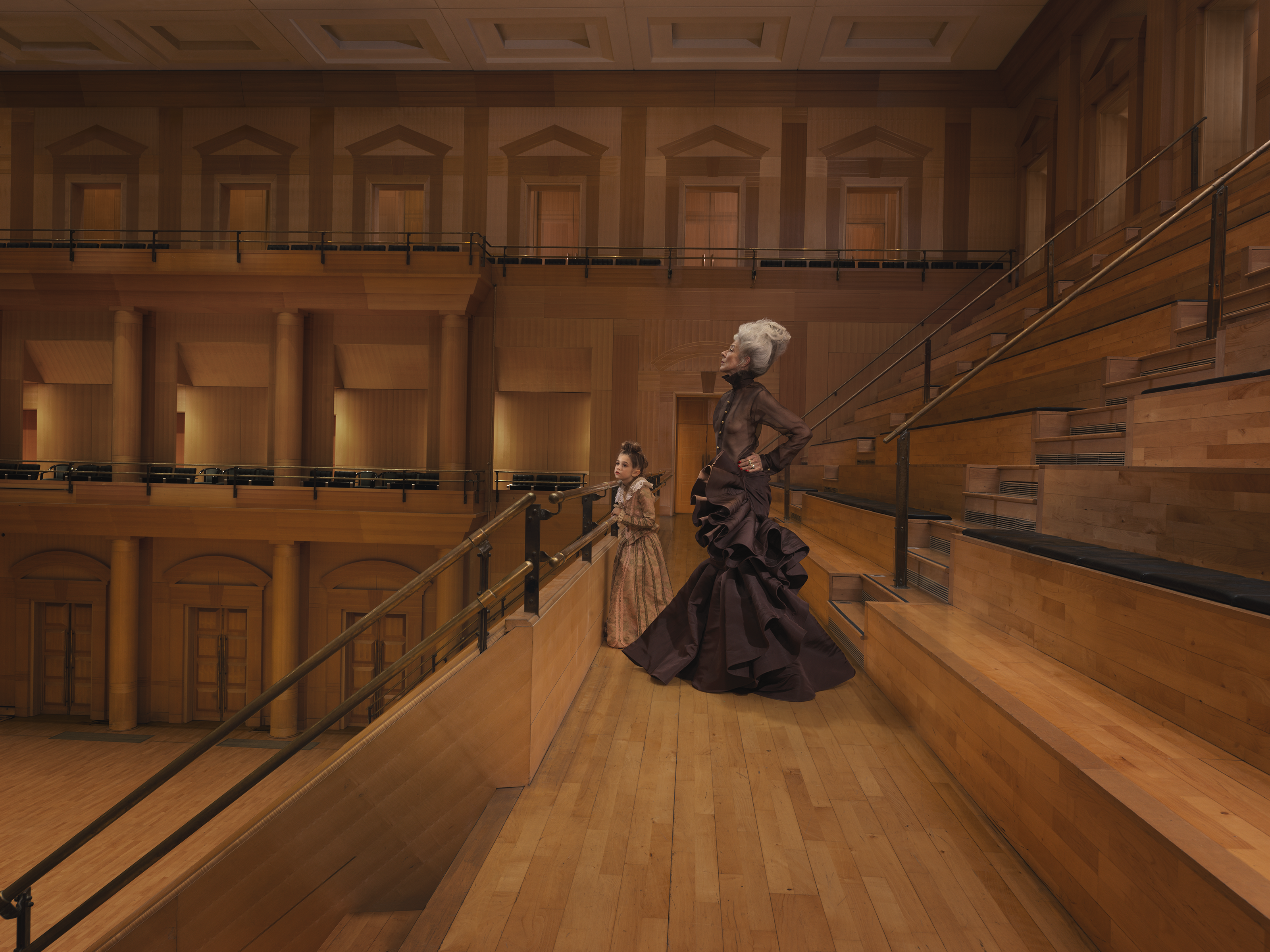 Arsenal de Metz is a stunning building, the home of  the Orchestre National de Lorraine. It is recognised as one of the most beautiful concert halls in theIts name derives from the site on which it was built, the ancient Arsenal Ney that was built under Napoleon III as a store for weapons and ammunition, a function that it retained until the end of World War II. world. Uniquely, the concert hall is buried three-quarters underground which probably contributes to the renowned quality of its musical acoustics. The warm colours of the wooden interior decoration of the auditorium were specially chosen to evoke the furniture of marquetry and ancient musical instruments. Inaugurated in 1989 and seating 1,500 guests, it was the most modern venue where I shot an image during my residency.

My image captures a grandmother and her granddaughter who arrive early for a concert. They gaze enraptured at the enticing architectural vista spreading out in front of them. They absorb the sharp-cut shapes and intricate details that somehow delicately intertwine at the same time with strict formality and grace. A display of modern architecture that complements the culture of the venue.

The grandmother is dressed in a chocolate brown exquisite haut couture dress by Saudi designer Mohammed Ashi, a masterfully sculpted dress to match the surroundings. To her side her young  granddaughter telepathically shares the elder lady’s appreciation.