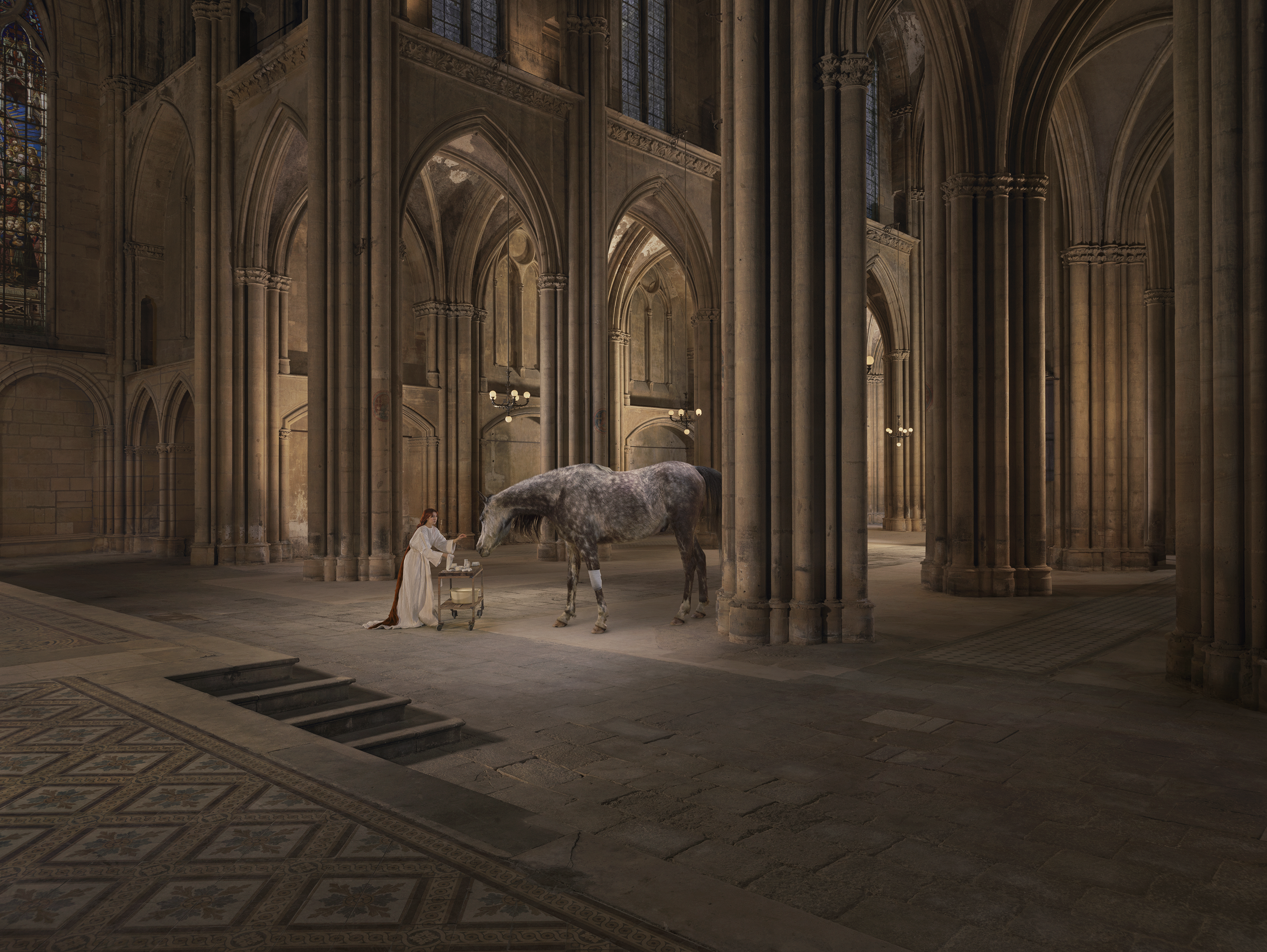 The Basilica of Saint Vincent has suffered an unusual and turbulent history since it was built in the 13th Century on the site of the ancient Benedictine abbey of Saint-Vincent. The Basilica was destroyed by fire in 1752 and rebuilt giving us the superb example of Gothic architecture that we see today. Sadly though, nothing now remains of the original 10th century abbey.

Between 1785 and 1786, the church was requisitioned to serve as a hayloft and during the French Revolution (1789 – 1799) it successively became a parish church, a Temple of Reason, a workhouse for the destitute, a military garrison, a prison and finally a veterinary hospital for sick horses. It’s use as a Catholic chucrch was re-established in 1804 and in 1933 Pope Pius XI again  officially granted it the title of Basilica. Holwever, in the 1980s it’s religious use declined and the church fell into disrepair.  At the end of the 1980s the city of Metz took over ownership  and has since untertaken serious restoration work.

After being deconsecrated in 2012, the Basilica Saint-Vincent now hosts exhibitions, concerts and a wide variety of shows. It is also where I will host my exhibition in April 2022.

For my image I chose to profile the unusual use of the Basilica as a veterinary centre for horses. Here we see a woman dressed all in white holding bandages in her hand and being approached by a horse that dwarfs her. Despite the unusualness of the setting, I feel that the close juxtaposition of the two contrasting beings in the otherwise empty, massive, open, ethereal space of the erstwhile church arouses a remarkable serenity.