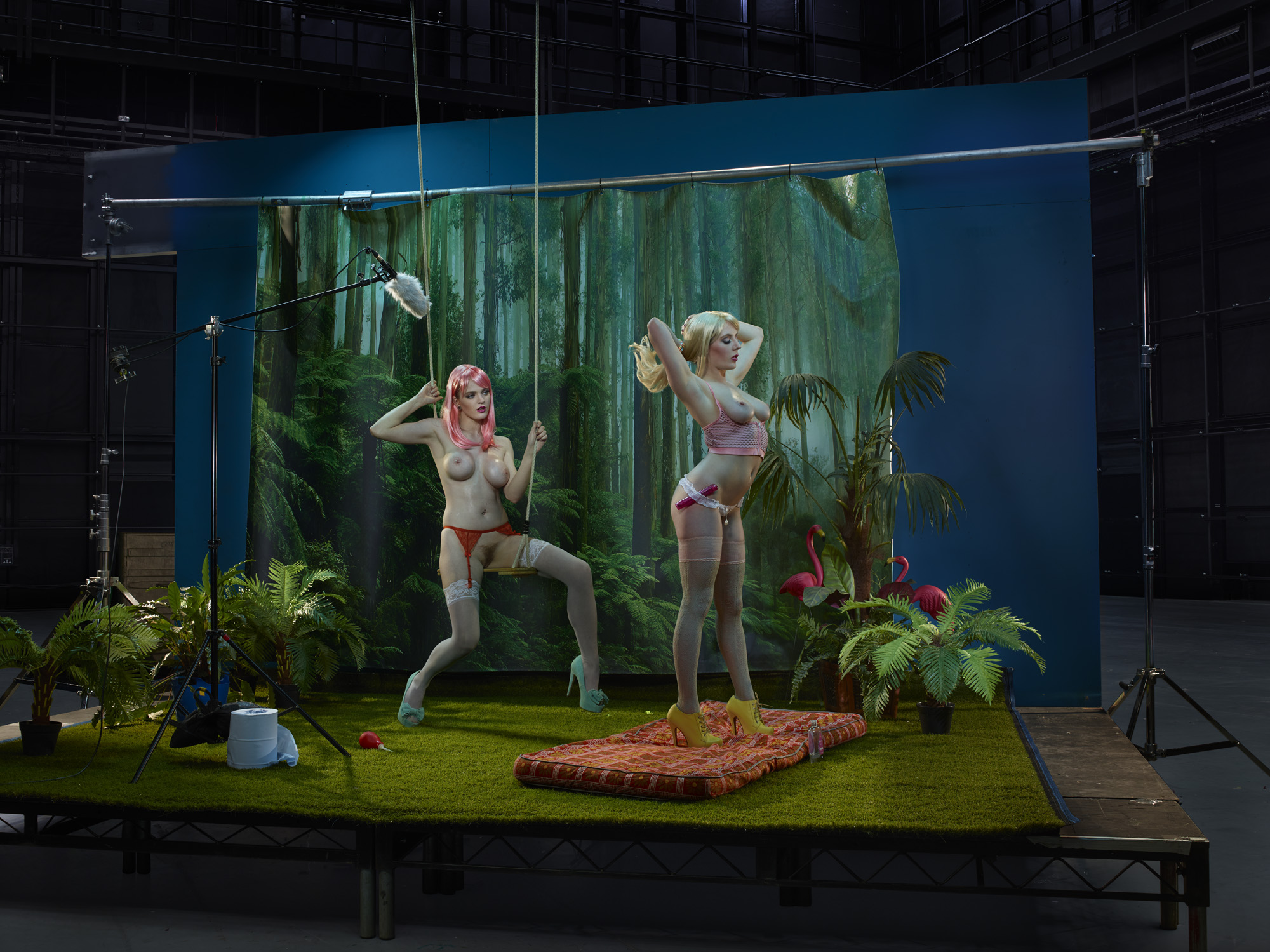 “Sex with strangers is not something I get off to, it’s the fact I’m being filmed that excites me”

Samantha’s first time performing with a male counterpart was with an experienced porn actor whom she had met in passing once before. As the shoot was organised by a well-known company and the team involved were professionals she felt more mentally prepared for the event and has since gone on to win several awards with the same group. “I knew I could trust them to make it an enjoyable experience and a beautiful scene for me” she says, highlighting the fact that nerves were, of course, amplified. “The vampire shoot with them is the highlight of my career. Producer Rocco said it was the most intense, hard-core thing I have ever shot in my entire career. You’d never guess that in my private life I’m fairly shy. Whereas on set, I’m all about pushing boundaries.”

With Samantha’s story in mind, we wondered if the Ray family have ever discouraged Kylie from work in the past, specifically now in the porn industry. Yet she assures us that her loved ones are comfortable with whatever she does, providing she is safe, professional and that sex is consensual every time. They have made it clear that they are supportive of her choices, but should she ever feel the need to stop it would be a tragedy if she continued unjustly for the money. However, Kylie convinces us that the wages are way beyond the be-all and end-all of why she works in the sex industry.

Both Samantha and Kylie agree that the main misconceptions that stem from their line of work, could not be further from the truth. “We’re not all sluts and STD ridden. I’m 100% faithful to my boyfriend and I get check-ups all the time. When we’re done shooting, the last thing we think about is sex – that’s why I’ve taken 8 months out of b/g for my boyfriend.” says Samantha.

“I am very safe with the people I’m with. I only work with professionals. I do my homework and besides all that it is an industry requirement to get tested for STD’s and other stuff every 2-4 weeks at a minimum. The doctors give you a sexual health certification to say you’re clean. Nobody will book you without it. So it’s a huge lie to say that we are riddled with diseases, just because we’re having sex on tape. The reality is that we’re safer doing porn than those who sleep around with strangers. Sex workers are the most health conscious people around.” says Kylie.

At a basic rate of £300 per scene for Kylie (depending on the obvious variables of what and whom she is doing), the porn industry is one of the few work fields that pays women far more than the men. But being self-employed and working flexible hours has both its pros and cons. The unpredictable nature of an irregular income means that the girls must rely on themselves to research the teams who approach them and the companies that will sell what they shoot. “In this digital day and age, it would be silly not to investigate before signing up to say I’ll do it”, says Kylie “…otherwise you don’t know what you’ll be doing or where that footage will go. I like to see who I’ll be working with in advance of them being stood in front of me”.

Samantha and Kylie say they have to work twice as hard to achieve work, as those who rock up to a 9-5; the perils of self-employment. On set or behind the computer, generating enquiries and responding to them promptly in a timely and orderly manner is a huge part of the freelancing lifestyle. Social media is a blessing in disguise for many self-reliant workers, allowing free networking and publications, as well as promotion.

“I am what a feminist should be – working in what is deemed to be a man’s world and yet being in control of my own decisions, owning my own house and not needing to do anything that I don’t want to do.”

With both Kyle and Samantha’s self-driven ambitions and desire to transform prejudgements from the sex trade, we believe there’s a lot more left to see of Miss Ray and Miss Bentley, when at first we thought we had seen it all.