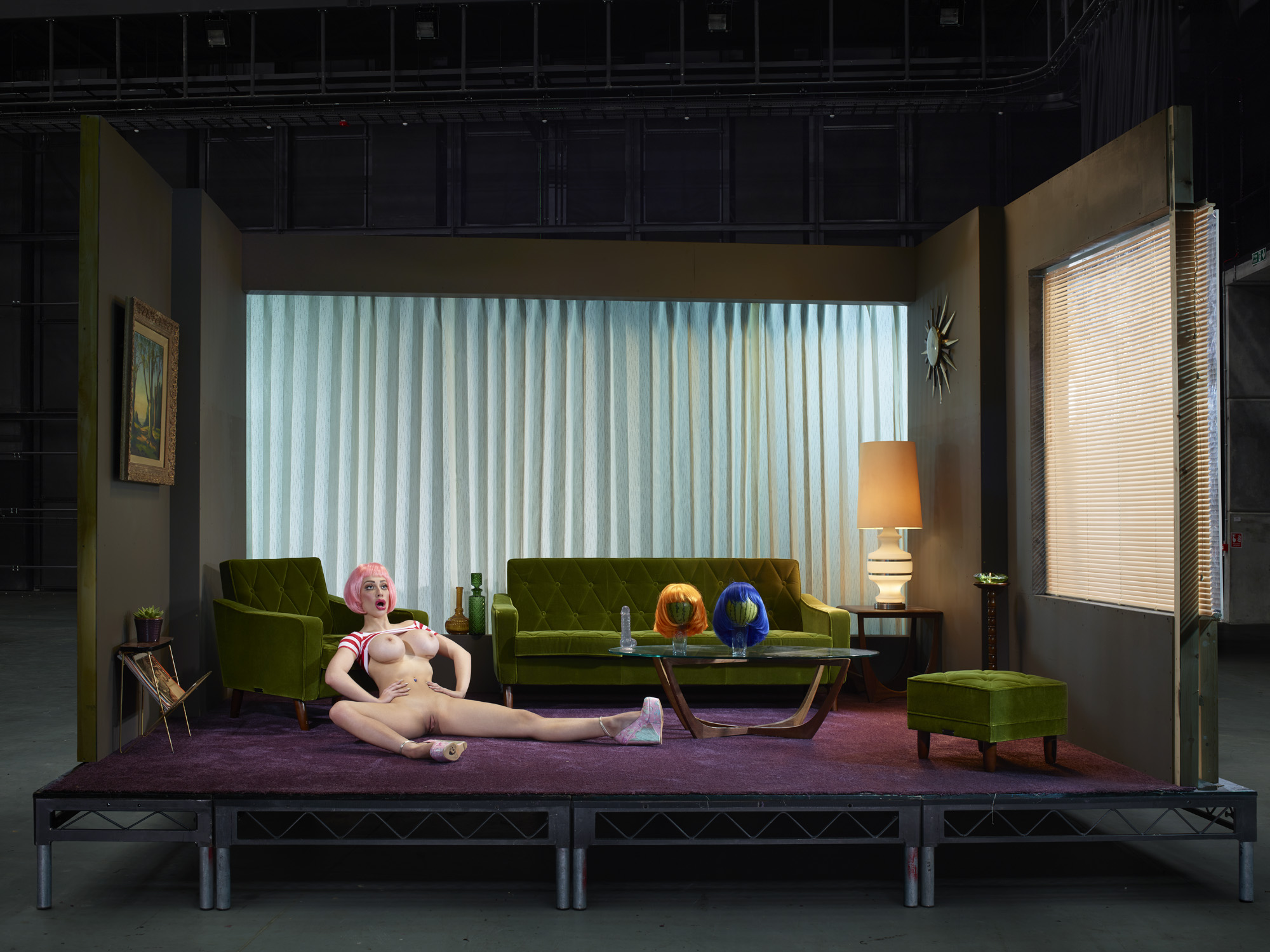 “You can get really sore if you do three shoots in one day. One time my pussy swelled up so much I couldn’t even put my finger in! …So I took a week off.”

The confident adult actress is undoubtedly the centre of attention in most rooms. Her charismatic character and brazen glamour girl appearance, reminiscent of a life size blow-up doll, with her teeny tiny waist and bumper sized bazookas, most certainly turns all eyes on her. Having wanted breast enlargement surgery since she was just 16, Chessie has gone under the knife not once, but twice, to achieve the 28H cup size she now carries – claiming the more she changes her body, the more work she attracts. In fact, Ms Kay says she wouldn’t turn down another op, as “bigger is always better” in her book.

When it comes to natural attraction Chessie tells us that her sexual preference will most likely always be heterosexual. Although she enjoys the physical experience with male actors, she is, interestingly, not attracted to their pornstar appearance. “If I’m doing a shoot then I actually prefer working with fat and ugly, older men. The idea that it’s wrong kinda turns me on more!” However, on a more emotional level, girl/girl work is more her ‘thing’; “girls are way more attractive, don’t you think? Girls know what other girls like. Plus the film can look more arty, especially if there is a more romantic aspect to it, and if it’s shot in black and white”.

Since discovering her physical preferences do not correlate with her emotional inclinations, we’re intrigued by what exactly ‘gets her off’ to make the controversial films appear realistic. “Ha ha! I always have a real orgasm on set – I trained myself to do it. It’s not always acting you know. I have boundaries though. I don’t do anal with men, but I will with women. I’m telling you, women are gentler – they know what women want! I will drink piss, but I won’t eat shit and I would vomit from a blow job if the price was right. My favourite scene I’ve shot was with four guys who came all over my face”.