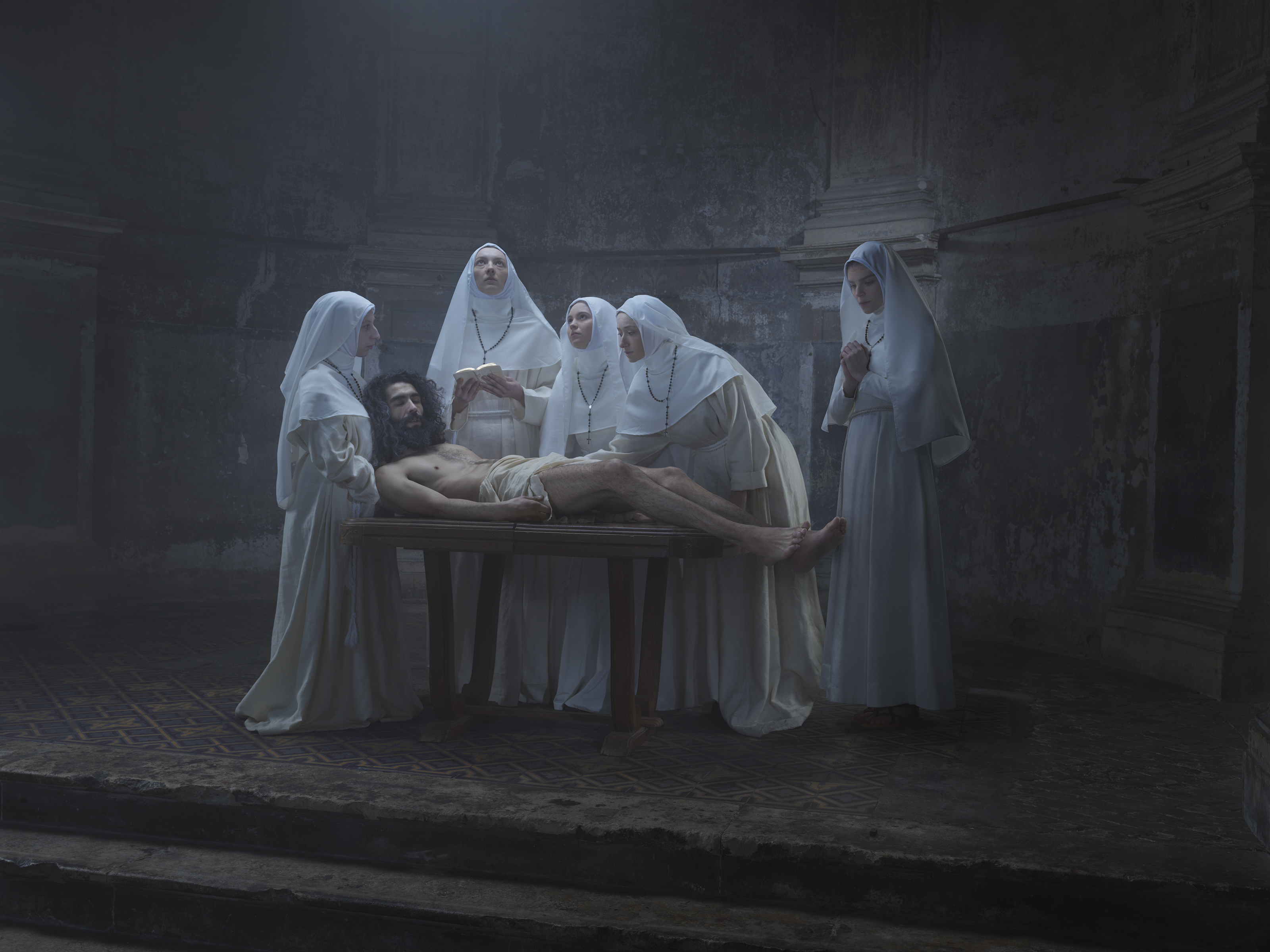 “The Order of the Trinitarians” was founded in Cerfroid, very close to Metz in1198 with the original intention to free Christians held captive by non-believers during the time of the Crusades. On a local level each community of Trinitarians served the people of its area, including religious services, hospitality for travellers, care of the sick and poor, education, etc. Eventually, the Trinitarians also assumed the work of converting non-believers. Today the Trinitarian Family is composed of priests, brothers and nuns.

Based loosely* on a painting by Rembrandt painting ‘Anatomy Lesson of Dr Nicolaes Tulp’ from 1632, my image shows a group of nuns surrounding a mortally ill man, giving him solace in his last minutes.

Rembrandt often positioned his subject matter indistinctly in shadowy, sparse settings and introduced dramatic lighting to heighten the scene’s emotional intensity. He related this  to the notion that, since the body was God’s creation, the practice of anatomy was a pathway to the knowledge of God. A concept that might be shared by the Trinitarian faith.