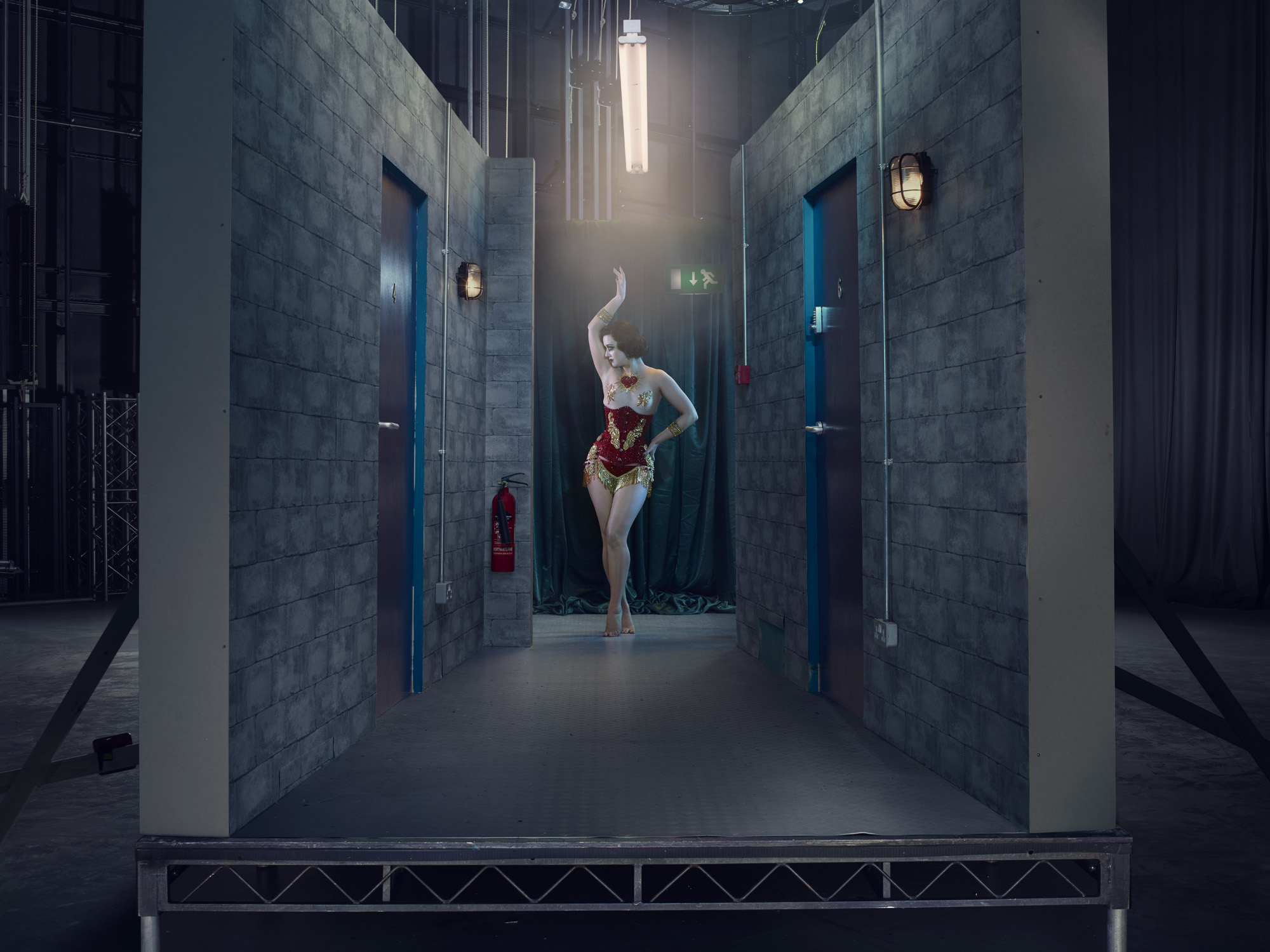 A sensual temptress glides into the room, her long satin gown trails behind her. She gently shakes her shoulders side to side, as the feather-light material floats softly to the floor, silently stroking her ankles. She strips her long gloves, pulling each finger one at a time; then slowly, like silk, down her milky skin arms. The vision of burlesque beauty takes a deep breath, caresses her delicate dcolletage by the tip of her finger and raises her perfected eyelashes to greet us, reminiscent in actress charm of Miss Marilyn [Monroe].

The act of burlesque originates from Ancient Greece, however seemed to boom in the twentieth century when theatre was society’s main source of risqu entertainment. After the introduction of mainstream film and television in the swinging sixties, a decline in the adoration of the unique striptease became apparent. However, as the nineties crept in and the term ‘vintage’ gained popularity, nipple tassles, winged eyeliner, victory rolls and 22 inch waists, once again, dominated the stage as an art form.

Despite becoming drawn to photography and video production after university graduation, at twenty-seven years young, Eliza is now trained to tease, seduce and captivate both men and women alike, channelling her creativity into the art of performance. She is the award winner of London’s World Burlesque Games International Crown 2014, as well as respectfully acclaimed on the international circuit, having travelled to nine different countries for work to date. In rib crushing corsets and sequinned pin pasties, the identifiable vintage glamour act often associated with Dita Von Teese, is renowned for its upper class elegance and opulent striptease charm of Hollywood’s golden era.

According to Eliza; “Burlesque as an art form draws together all sorts of creativity and skill. It pulls together aspects of dance, comedy, mime, costume, elegance, history, risqu humour. A performer can’t combine every single one of these things into their personal style, so most burlesque artists build their style on a more defined set of attributes”.

Despite the cut throat description of burlesque being that of ‘removing one’s clothes’, Eliza tells us that most dancers in this genre, would never refer to themselves as a ‘stripper’. “I don’t consider what I do as part of the sex industry. It’s more than stripping, it’s a theatrical performance – a parody, a literal act of exaggeration to entertain…but I guess you could say that about strippers. It’s very subjective”.

“The thing about burlesque, is that it relies more on theatrics and drama than sexuality, to perform.”

“It’s hard to explain to people that I don’t just take my clothes off. I create a scene, I own the stage, I have my audience’s eyes unable to turn away. And it’s not a job I can only have when I’m young. It’s more about when I want to stop. There are burlesque legends in their 80s in America. It’s not an age restricting profession like ballet, it is incredibly empowering”.

At £100-£300 per show, depending on the where and when, overseas or corporate, size and scale…Miss DeLite is adamant that her choice to dance seductively is what defines her as the epitome of true femininity. Acting as living proof of the ultimate femme fatale, this superlative siren is an enchantress, a sorceress and a sexual Venus, empowered by her own accord.