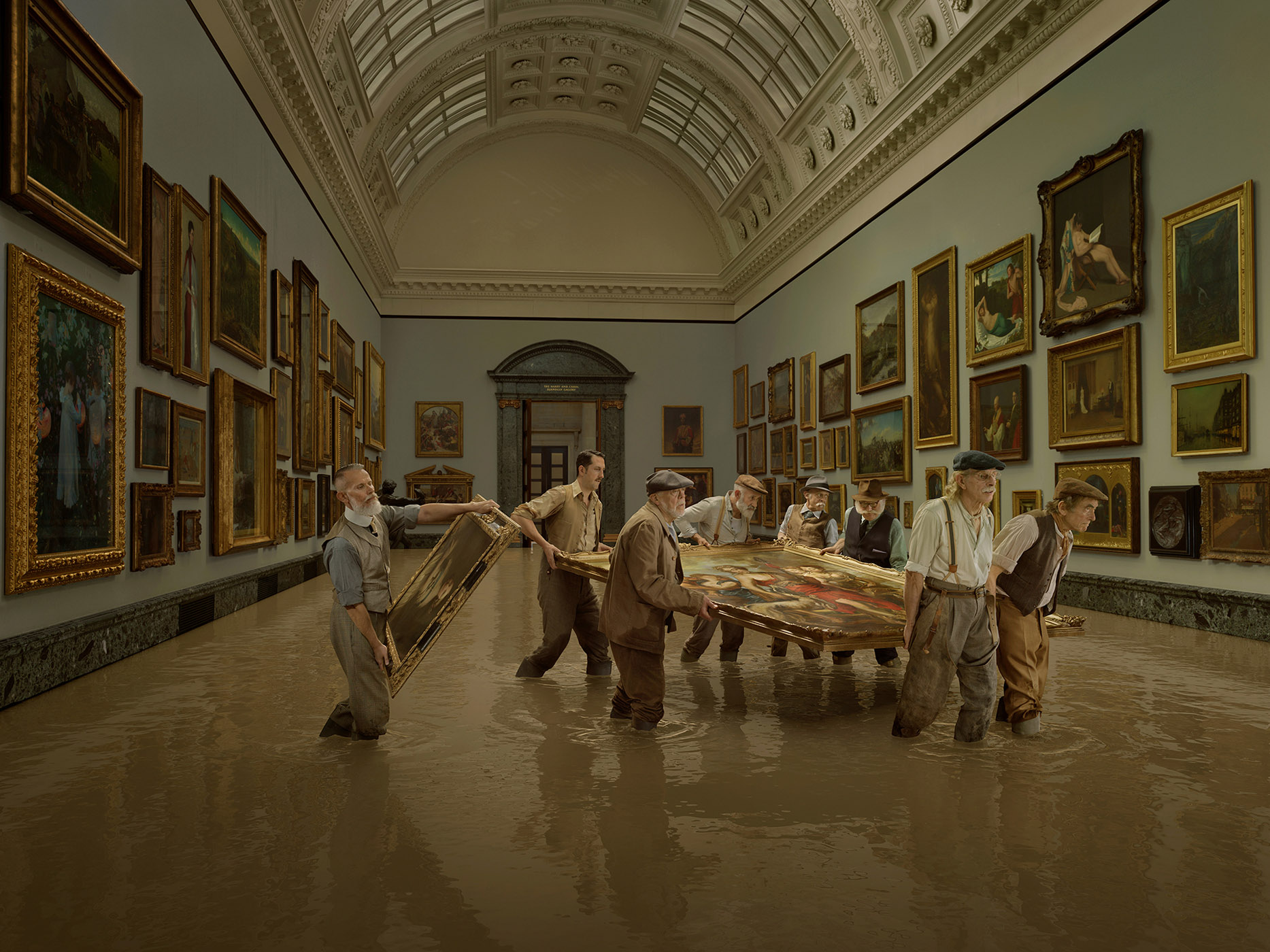 The Thames becomes tidal a few miles upstream from London. The difference in water level between low and high tide is 7 metres at London Bridge. In the past, flooding occurred regularly when strong winds blew a tidal surge up the river from the Thames Estuary and this coincided with inland flood water. High walls (the Embankments) were built along the banks of the river in London in the mid-18th Century to prevent flooding in low lying parts of the city. Despite these protections, one fateful day in January 1928 unfavourable elements coincided, the river rose rapidly to the highest level ever measured, the Embankments were breached and low-lying neighbouring areas to the river were flooded – fourteen people died, thousands were made homeless, business life was severely affected, many buildings were condemned and demolished.

The world-famous Tate Gallery with its walls full of priceless paintings was one of the buildings that was flooded. The basement was flooded to a depth of about 8 feet (2.4m), paintings were damaged, including many valuable sketches and watercolours by Turner, one of Britain’s most prestigious artists.

My image captures the aftermath of the flood in the Tate Gallery and shows a massive wet painting being carried by a group of porters to safety. Paintings were dried naturally before they were restored. Despite their emersion in muddy Thames water for several hours, miraculously only eighteen paintings were damaged beyond repair. Even more amazing was that the Turner sketches and watercolours survived. However, it took until 2011, over 80 years after the flood, before John Martin’s Pompeii could be fully restored and rehung.

In 1953 another even more massive flood caused even more damage and loss of life on the east coast of the country and along the lower reaches of the Thames, over 300 people died. It was finally decided to build a flood defence mechanism that would stop dangerous tidal surges from reaching London. The Thames Barrier was finished in 1984 and has worked successfully ever since, making floods in London no more now than a part of the nation’s history.