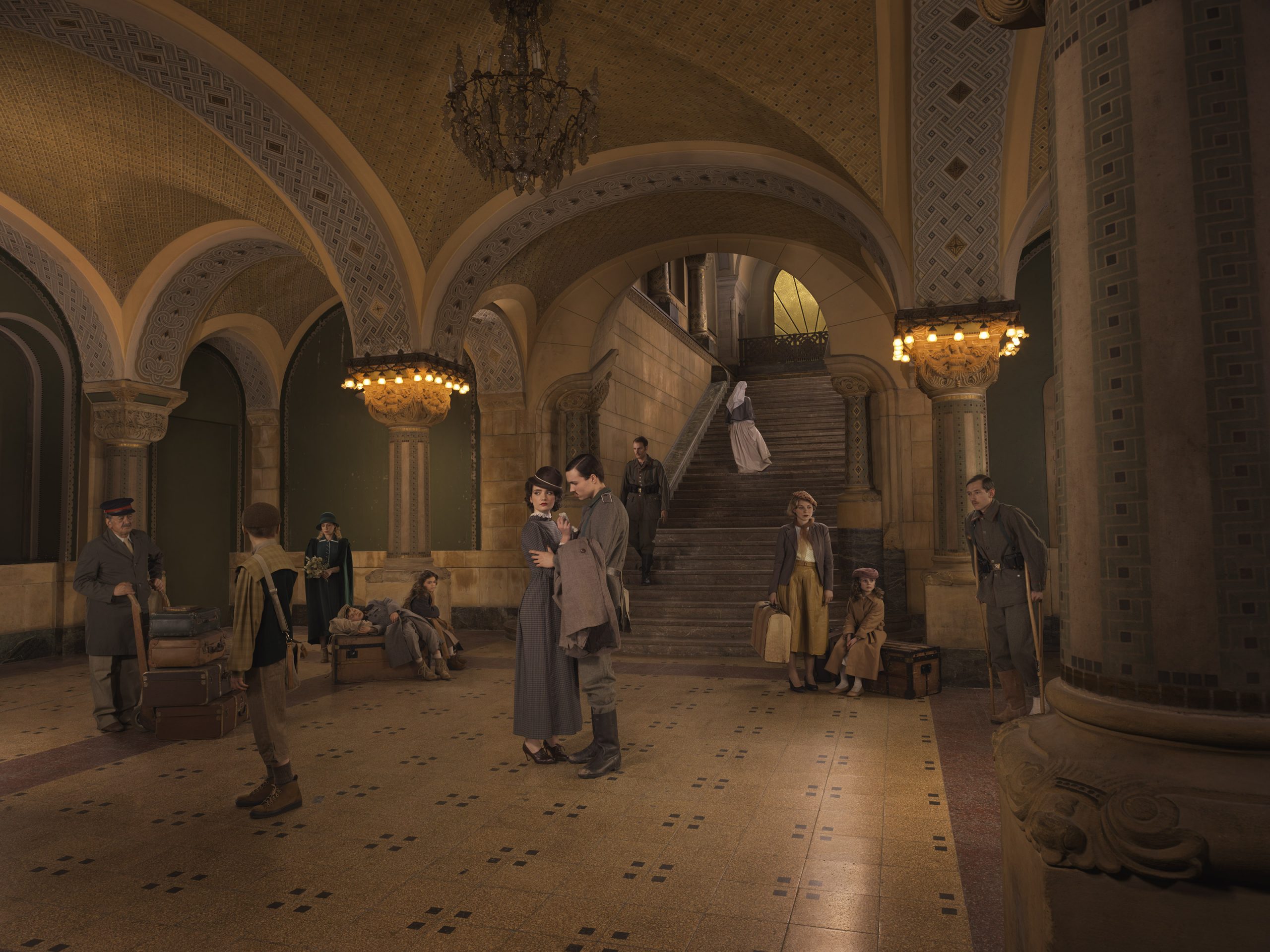 Gare de Metz, also known as the Station Palace is a beautiful building with rich carved details and a profusion of rounded arches. It is the most potent symbol of the city’s years of annexation by Germany from 1871 to 1918. It was built at the behest of Kaiser Wilhelm 1 with the intention of Germanifying the city, as a feature of what is now called the Imperial Quarter, as well as speeding up the transport time for German troops between France and Russia, part of his Schlieffen plan. Royal apartments served as the official residence during frequent state visits of Kaiser Willhelm and his wife to Metz.

Although the station is relatively small it was the departure point for thousands of servicemen during the two world wars.

I had the opportunity to photograph my creation in one of the special rooms that back then was the arrival and departure point for only the privileged. Nowadays, it is open to the public on merely one a year. I was drawn by the beautiful sweeping stairs and the arched ornate ceiling.

My image shows what might have been a typical departure scene during WW1. The focal point is sweethearts saying goodbye, a wounded soldier is a warning of what may befall the man; in the distance a nurse purposefully takes the staircase to care for another patient. I hope my image pays tribute to station drama as it was back then.