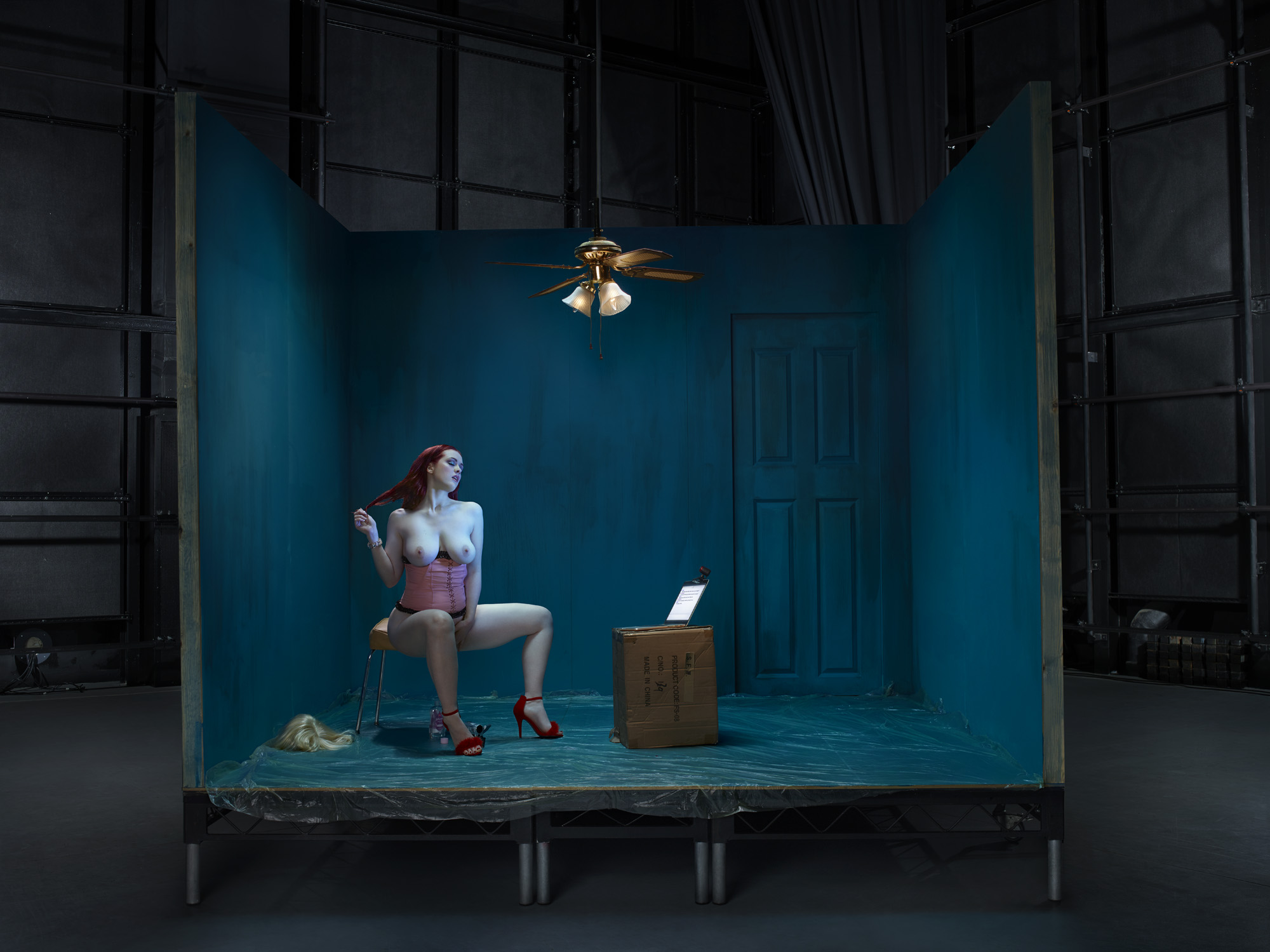 “What’s it like to have sex with a stranger? Just like a weekend night out really!” she titters whilst hiding a cheeky red face behind her hands. “No, no, that’s awful isn’t it! I shouldn’t say that, ha ha. What I mean is; when you’ve done it once, I don’t think it doesn’t make much difference to do it twice or more. You get to meet them beforehand and stuff. I dunno. I’ve never really thought about it that way. It’s fine really. You chat, you do stuff, then you shake your washed hands and go home”.

But of course what the audience sees and what the participants experience are two separate spectrum stories of their own. “I very rarely achieve an orgasm on set. In fact, I’d go so far as to say barely ever. You do stuff that’s visually appealing for the camera rather than for yourself physically. So it isn’t really as pleasurable as it might seem.”

In a parallel similarity to the lie we’re led to believe, it seems that not all of the world’s sex workers love their job. Female porn-stars are generally one of the few higher paid occupations in comparison to men, but Jaye tells us that her experience of the industry did not provide the sense of empowerment to which so many others claim to allude. “We get paid more than the men. But that depends on the level of professionalism, because there’s not really a big porn industry here in the UK. I mean, I’d go so far as to say that a lot of blokes are doing it for a day out and a free shag really. How is that empowering? In fact, some probably only get their travel paid. We [women] definitely get more, but it’s not as much as people think.”

Upon discovering her daughter’s line of work, Jaye’s mum quickly offered to re-mortgage her house to ‘rescue’ her from the porno community – an offer that Jaye refused to accept and still claims is a “bit of a sore subject” within the family. “I was at a point in my life, a couple of years ago, when I needed the cash and although I’m pretty strong willed and level headed, I regret a lot of what I let myself get into…especially now that I have another life and spend a lot of time trying to cover up traces of my hidden past.”

In later years it became apparent that ‘sex with strangers’ was no longer Jaye’s cup of tea, as she digressed into web-camming for a quick quid. However, even that spurred no great appeal or desire to continue, as she admits, her newfound laziness pointed only towards her future fading out of the industry. “I met a few people who got me into TV and then web-camming. Then not long after, I realised I could make better money without even leaving my house, so I started doing webcam work through a website that takes a percentage cut. I considered it as my full time job, but in reality it was a lot less hours than what most people would consider full time…and most times I barely got dressed. Men log onto the website, then when it shows you are online, they can click to dial you – then they’re charged to chat. Nine times out of ten they didn’t want to just talk, they want to see you strip or use toys or something like that. But because I’m a bit of a chatterbox and I realised I didn’t really enjoy the whole process anyway, I would be able to keep them talking for a while so people felt like they were getting more, without actually seeing that much. I was very lazy with it…doing it in my pyjamas, or whatever I was wearing at the time, because I couldn’t be bothered. I soon realised it didn’t make much difference what I was wearing or how much effort I made in my appearance, because they only wanted to see what was underneath anyway.”

“shower caps, hair washing, rings…like, actual finger rings….oh, one man asked me to cook and eat a turkey once. Another one pretended he’d been run over by a car and another said he was a flower – I don’t know if it’s just me, but I have seen some very odd ones. Fetishes that you couldn’t even guess where they’d got it from. But apparently men can get off on just about anything.”

As Jaye gently sways her hips from side to side, pondering each question we pose to her, we can’t help but dare to wonder what her feelings towards men have become – in the hope that her distaste from past work, has not clouded her judgement of an entire gender. “I think people expect you to come out of sex work very bitter towards men and hating them all, but I don’t. I obviously ended it with no appreciation for the ones who blatantly didn’t respect me, but the feeling is very mutual there. But on the whole I guess you can’t come out of that kind of life-style without a slightly warped view of men. I don’t hate them, I really don’t. But maybe I don’t really trust them either, because I know deep down they run on their base desires and basic instinct. But there again I’m not really one for dating or men in my life, so it’s not really been a huge hardship.”