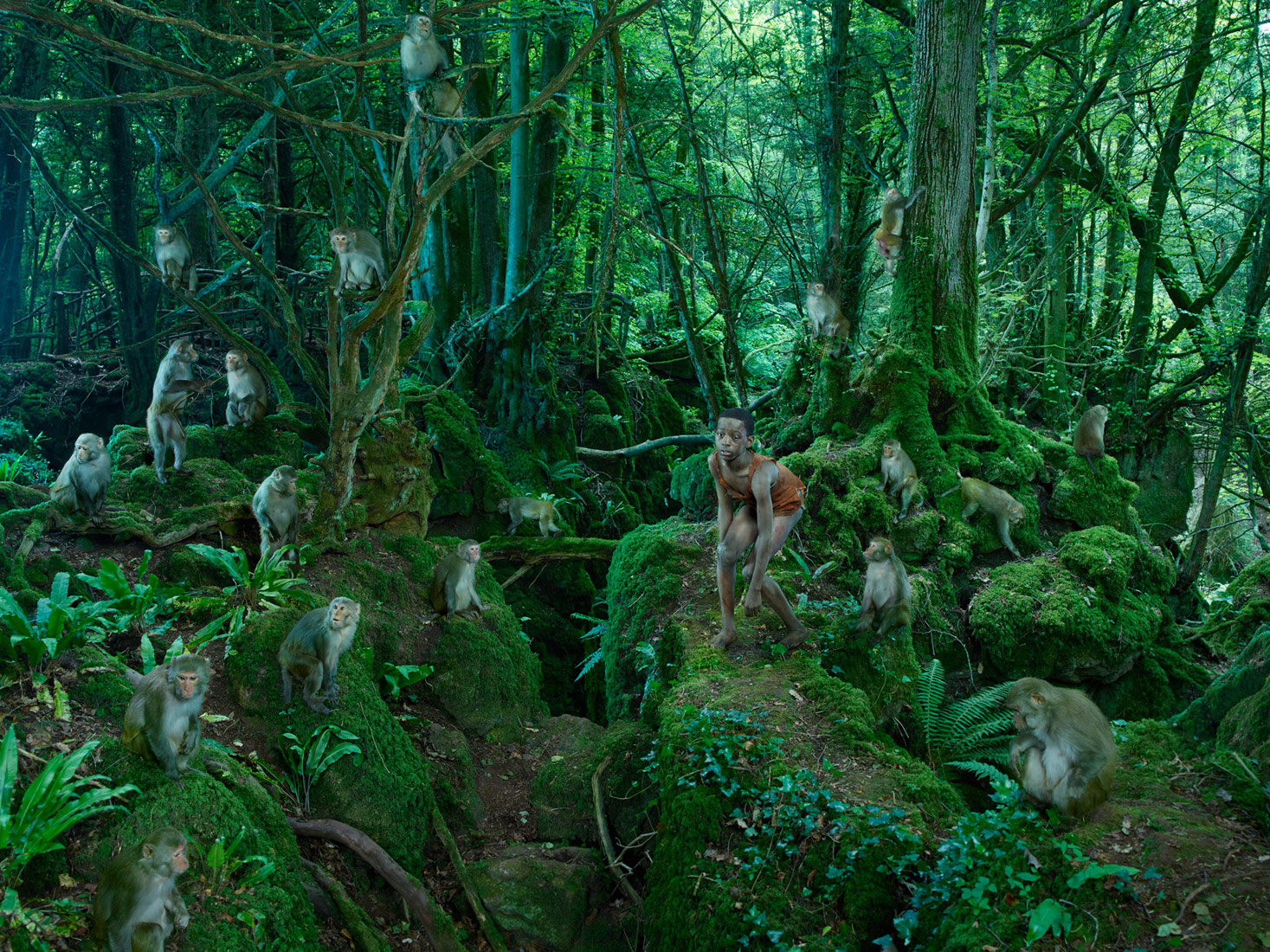 John ran away from home in 1988 when he was three years old after seeing his father murder his mother. He fled into the jungle where he lived with monkeys. He was captured in 1991, now about six years old, and placed in an orphanage.

When he was cleaned up it was found that his entire body was covered in hair. His diet had consisted mainly of roots, nuts, sweet potatoes and cassava and he had developed a severe case of intestinal worms, found to be over half a metre long. He had calluses on his knees from walking like a monkey.

John has learned to speak and human ways. He was found to have a fine singing voice and is famous for singing and touring in the UK with the 20-strong Pearl of Africa children’s choir.