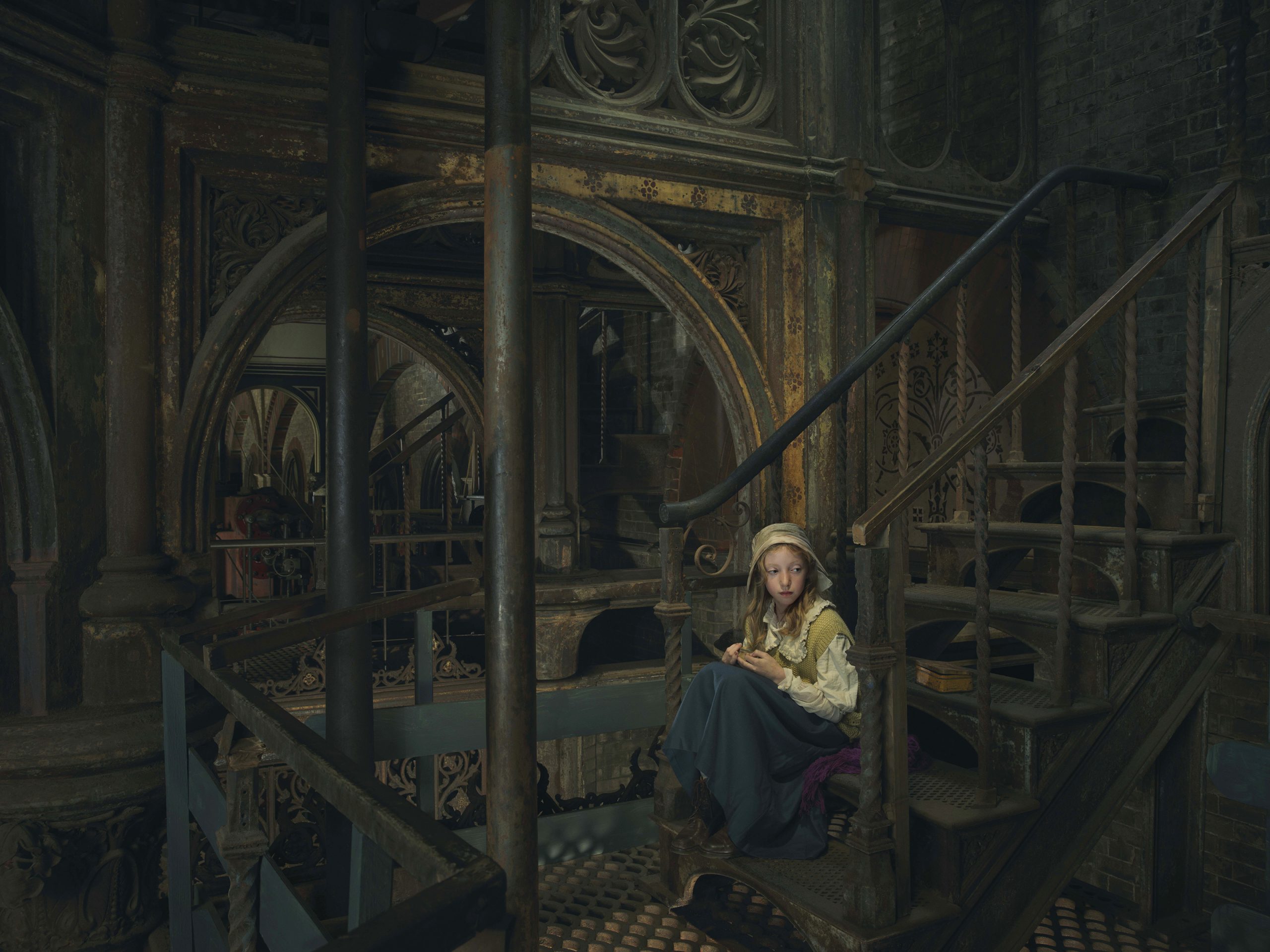 The function of the Crosswell Pumping Station was to bring sewage from deep underground up to the surface, store it in a massive reservoir and release it into the Thames. Later on, the system was improved to remove ‘solid’ waste that was transported in barges far out to sea. The building was not only built for functionality but also, in true Victorian style, to impress. Now restored to its past glory, it sits triumphant in an isolated part of the countryside to the south-east of London.

Due to the site’s isolation and that it needed to operate 24 hours a day for 365 days in a year and be continuously maintained to do so. As a consequence, the workers and their families lived in a small, self-contained community on the site. True to the Victorian ethic, there was a school for their children and an ornamental garden was built over the huge reservoir for all to enjoy each other’s company and join in playing games.