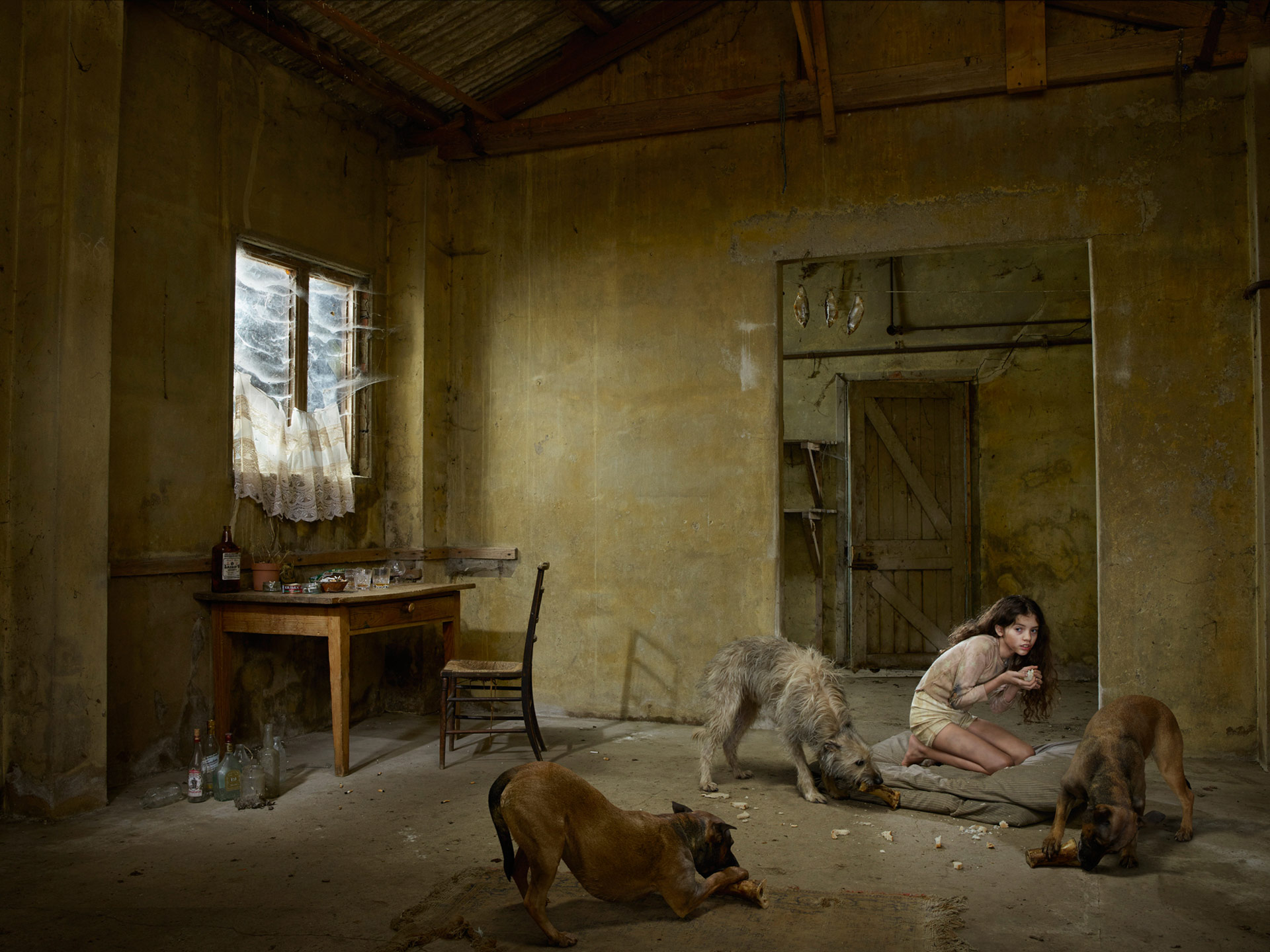 Madina lived with dogs from birth until she was 3 years old, sharing their food, playing with them, and sleeping with them when it was cold in winter. When social workers found her in 2013, she was naked, walking on all fours and growling like a dog.

Madina’s father had left soon after her birth. Her mother, 23 years old, took to alcohol. She was frequently too drunk to look after for her child and often disappeared. She would frequently invite local alcoholics to visit the house. Her alcoholic mother would sit at the table to eat while her daughter gnawed bones on the floor with the dogs. Madina would run away to a local playground when her mother got angry, but the other children wouldn’t play with her as she could hardly speak and would fight with everyone. So dogs became her best and only friends.

Doctors reported that the Madina is mentally and physically healthy despite her ordeal. There is a good chance that she will have a normal life once she has learned to speak more in line with a child of her age.