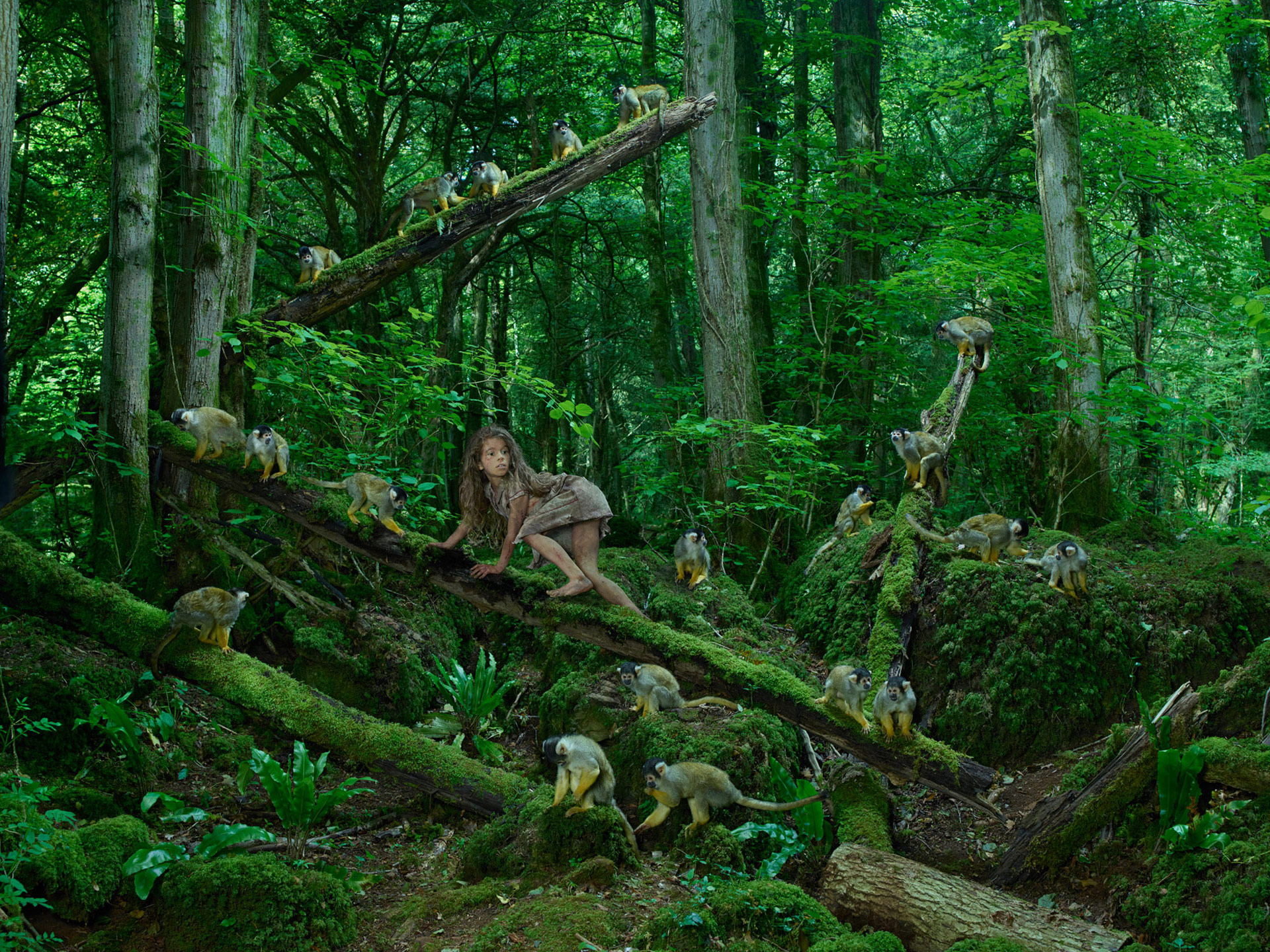 Marina was kidnapped in 1954 at 5 years of age from a remote South American village and left by her kidnappers in the jungle. She lived with a family small, capuchin monkeys for five years before she was discovered by hunters. She ate berries, roots and bananas dropped by the monkeys; slept in holes in trees and walked on all fours, like the monkeys. One time, she got bad food poisoning. An elderly monkey led her to a pool of water and forced her to drink, she vomited and began to recover. She was befriended by the young monkeys and learned from them to climb trees and what was safe to eat. She would sit in the trees, play, and groom with them.

Marina had lost her language completely by the time she was rescued by hunters. She was sold by the hunters into a brothel, escaped and lived as a street urchin. Next she was enslaved by a mafia-style family, before being saved by a neighbour, who sent her to Bogot to live with her daughter and son-in-law. They adopted Marina alongside their five natural children. When Marina reached her mid-teens, she was offered a job as a housekeeper and nanny by another family member. The family with Marina moved to Bradford, Yorksire in the UK in 1977, where she settled. She married and had children. Marina and her younger daughter, Vanessa James, co-authored a book about her feral experiences, and those afterwards – The Girl With No Name.