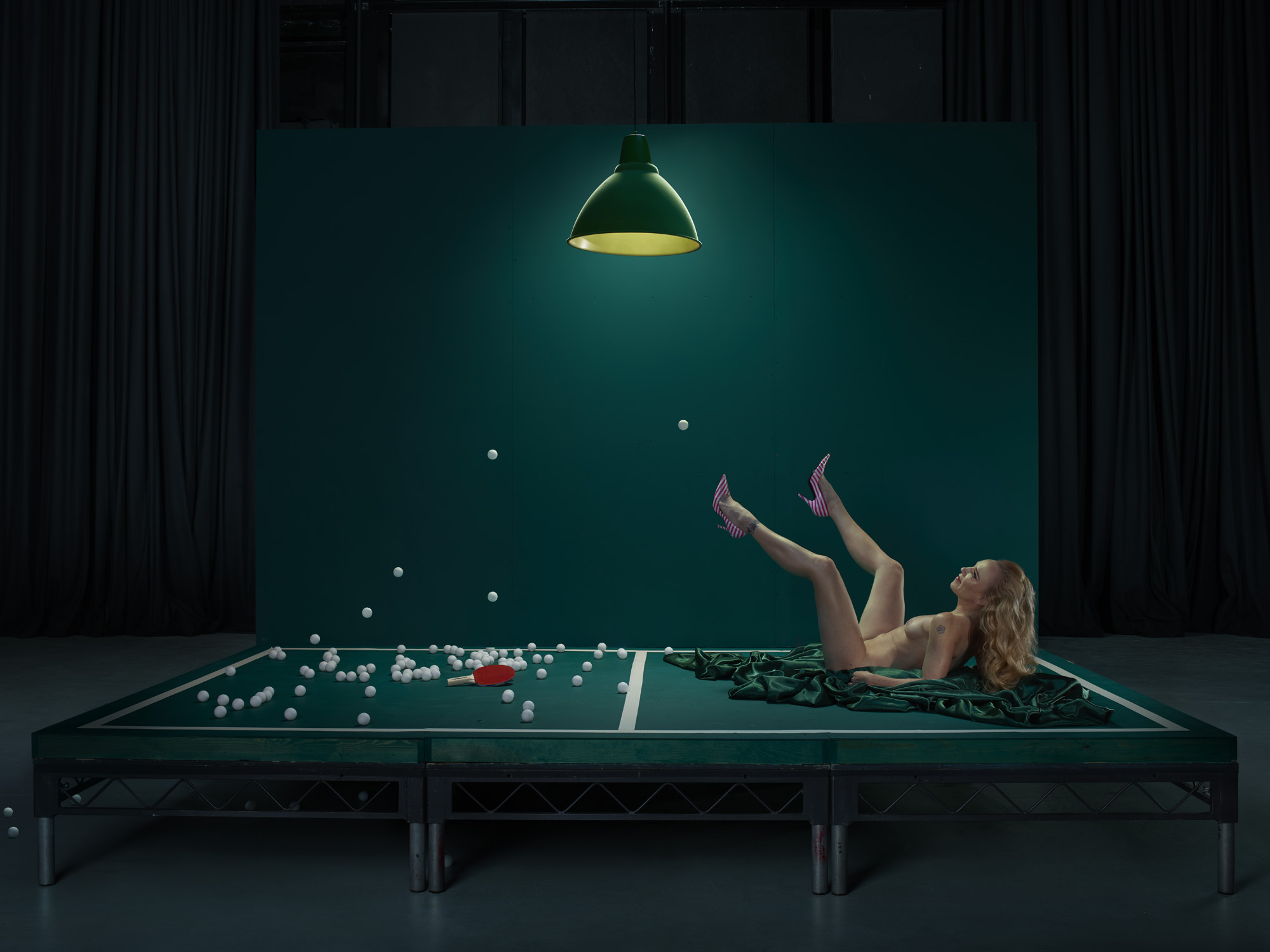 The roar of applause grows louder as we push back the red velvet curtain. In exchange for a few paper notes to the square man on the door and a promise of an explicit show we step inside The Box; the stage home of Soho’s very own Mouse. A delicate, pale and tiny framed woman has the squealing audience in the grip of her palm. Her high pitched voice echoes with power across the auditorium, as ‘Madame Martini’ fires yet another olive across the room from between her legs. The crowd go wild in a confused state of chaos; passive disgust, uncontrolled laughter and jubilant jeers, as they collectively chant for more.

At forty-seven years of age, Mouse is London’s Caucasian answer to Far Eastern entertainment; most commonly referred to as a ‘ping pong girl’. She has spent the last twenty plus years working as a dancer, stripogram, stripper and fetish performer; training her pelvic floor muscles daily and crushing grapes inside her lady parts for ping pong practice. Using air pockets, she is able to shoot anything out of her vagina with force, currently olives.

Mouse claims that the average attendee to her show is around 19 years old and that her male audience are not openly aroused by her unusual performance. “A lot of women ask why I do it, which I don’t understand, because it doesn’t hurt me…it’s just funny. I was accosted more by men as a stripper”. Despite having never seen a show herself, Mouse began her ping pong journey when she entered a competition that required a visual gimmick. “I went for the shock value” she says “and it worked”. It soon becomes apparent that our new ping pong friend has an innate addiction to outrage.

When asked the origins of her sweet name, she tells us it was given to her aged nine. At first she says it was a nickname adopted because she squeaks during sex. The truth, albeit less exciting, was later revealed, explaining that she was a skinny child with a long ponytail who apparently looked like a tampon – and another word for tampon is mouse.

As we move into the discussion of personal relationships, Mouse tells us that her occupation is the ‘kiss of death’ to all men. “They enjoy the thrill and want to spend all your money. Then they want you to give it up, soooo you don’t have the money…then they’re not interested any more”. She’s not afraid to speak of what she does for a living, yet questions if that is the underlying reason she remains single. She tells us her lack of sex drive deters her from seeking a relationship, stating that she “can’t feel anything unless you park a bus in there!” – but we have an intuitive feeling that she wouldn’t have time for a partner in her life anyway.

“I’m never ashamed to tell people what I do – maybe that’s why I’m single. Maybe I should say I’m a nurse. I’M A NURSE!”

A self confessed novice at social media, with an elusive untraceable name via Google, Mouse admits her networking skills are substandard and would love to invest in an agent. Yet as she sits here before our camera, relaxed, happy to talk and demonstrate her skill, she explains that she has been a performer for almost three decades, currently working two weeks out of every four, paid £170 per show four times a week, plus another £50 for additional acts…totalling approximately £700-£800 per week. Plus life modelling and acting work (most recently for a crime scene with the BBC)…earning herself £1300 this week alone, we can’t help but think she’s doing just fine by herself.