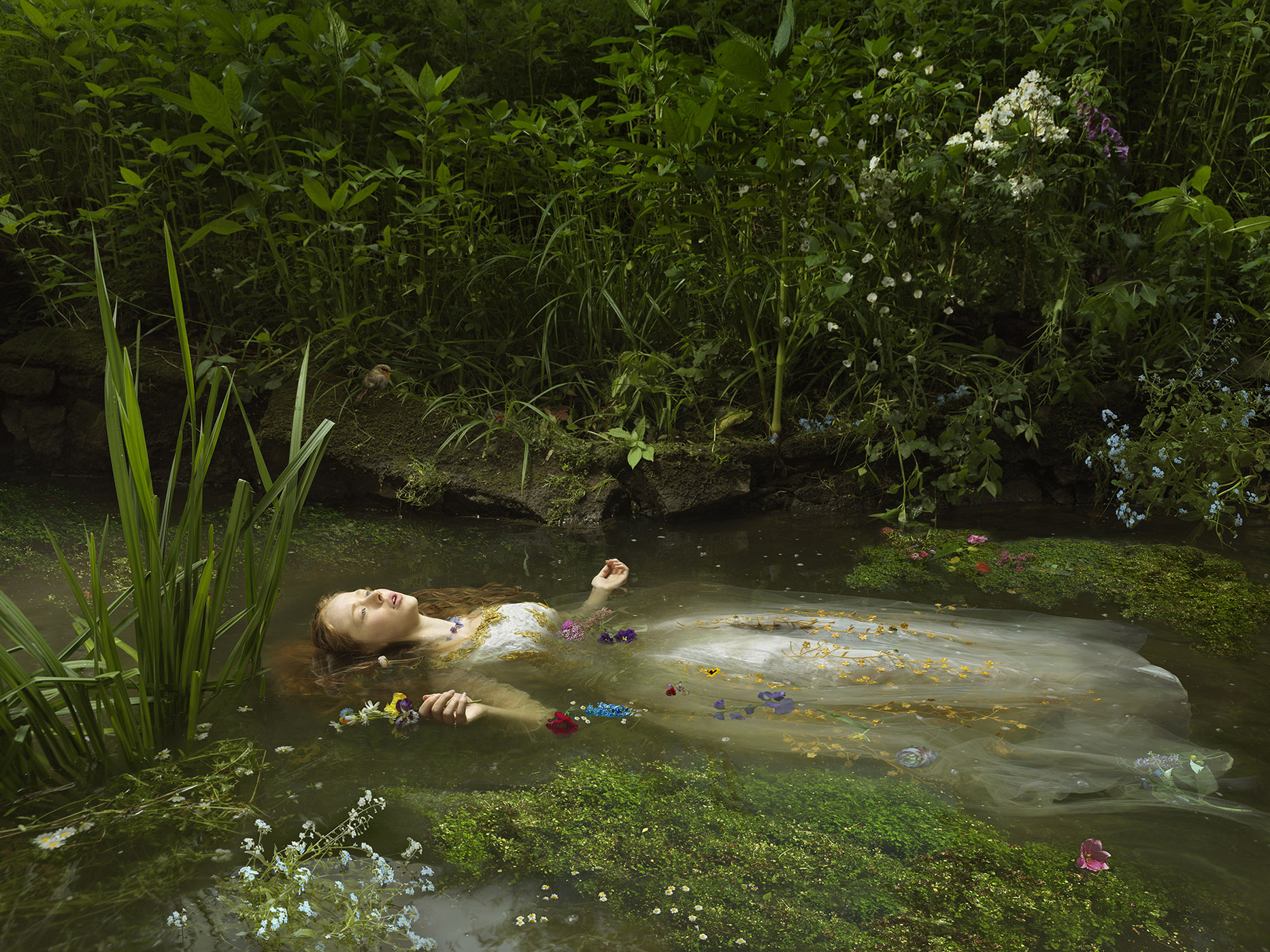 John Everett Millais’ painting of Shakespeare’s Ophelia, hanging in the Tate Gallery, London, has long been my favourite painting. Ophelia was a noble-woman in Shakespeare’s play Hamlet. She was frustrated in her love of Hamlet. The painting shows the beautiful and vulnerable Ophelia lying on her back in a stream after falling from a tree, still clutching flowers that she had just collected. She was singing, unaware of her eminent pending doom. Air trapped in her clothing kept her afloat until they got saturated, and she drowned.

Millais was one of the founding members of the Pre-Raphaelite Brotherhood, a mid-19th Century group of British artists renowned for their paintings of Celtic myths, Greek tragedies and Biblical epics. It is well known that Millais created the painting in two stages. The first stage in 1851 was to paint the background, using the Hogsmill River at Ewell in Surrey as his location. The second stage in 1852 was to paint in the figure of Ophelia, using Elizabeth Siddal as his model. She had been a milliner and was only 19 years old when discovered by the Pre-Raphaelite Brotherhood, who appreciated her unique beauty. She sat for several of them before Millais hired her as his life model for painting the second part of his Ophelia project.

During preparatory researches for my ‘Thames’ project I was delighted to discover that Hogsmill River is a tributary of the Thames. I decided that this justified including the very moving story of the creation of Millais painting in the project.

I was also very aware that several other photographers had shot other versions of the Ophelia painting. Although I decided to shoot the scene in its entirety, not in two phases as Millais did with his painting, I specifically wanted to make my image as authentic to the actual creation of Millais’ painting as possible. With the help of the vicar of the local Baptist Church, who knew the details of Millais’ stay in the locality, I was able to shoot the scene on the exact spot where he created the first part of his painting in 1851. Furthermore, recognising their importance to the interpretation of the content of the painting I replicated in my image every single flower present in the painting. In addition, I ensured that my model had similar features, hair and skin colouring to those of Elizabeth Siddal, and dressed her in an almost identical antique dress.

There is an eerie parallel between the stories of the lives of Ophelia and Elizabeth Siddal, both were involved in tragic love lives and died premature deaths. We know that of Ophelia already. That of Elizabeth Siddal was even more tragic. When she modelled for Millais he had her lie fully dressed in a water-filled bathtub which he kept warm with oil lamps placed under the tub. Pre-occupied with his work, he forgot to re-fill the oil lamps, they went out and the water got cold. Siddal lay in the cold water for several hours, after which she was very ill with a severe cold, possibly pneumonia. She was sickly for the rest of her short life. As was very common at that time she took laudanum, an opiate, to ease her health problems. Sadly, she became addicted to it.

Lizzie as she was called by the Pre-Raphaelites, had a long turbulent relationship with another famous member of the Brotherhood, Dante Gabriel Rossetti. They finally married in 1860.The following year she had a still-born baby daughter. The year after that, pregnant again, she died from an overdose of the opiate, aged 33, her demise mirroring in real life Ophelia’s similar fictional fate with Hamlet.