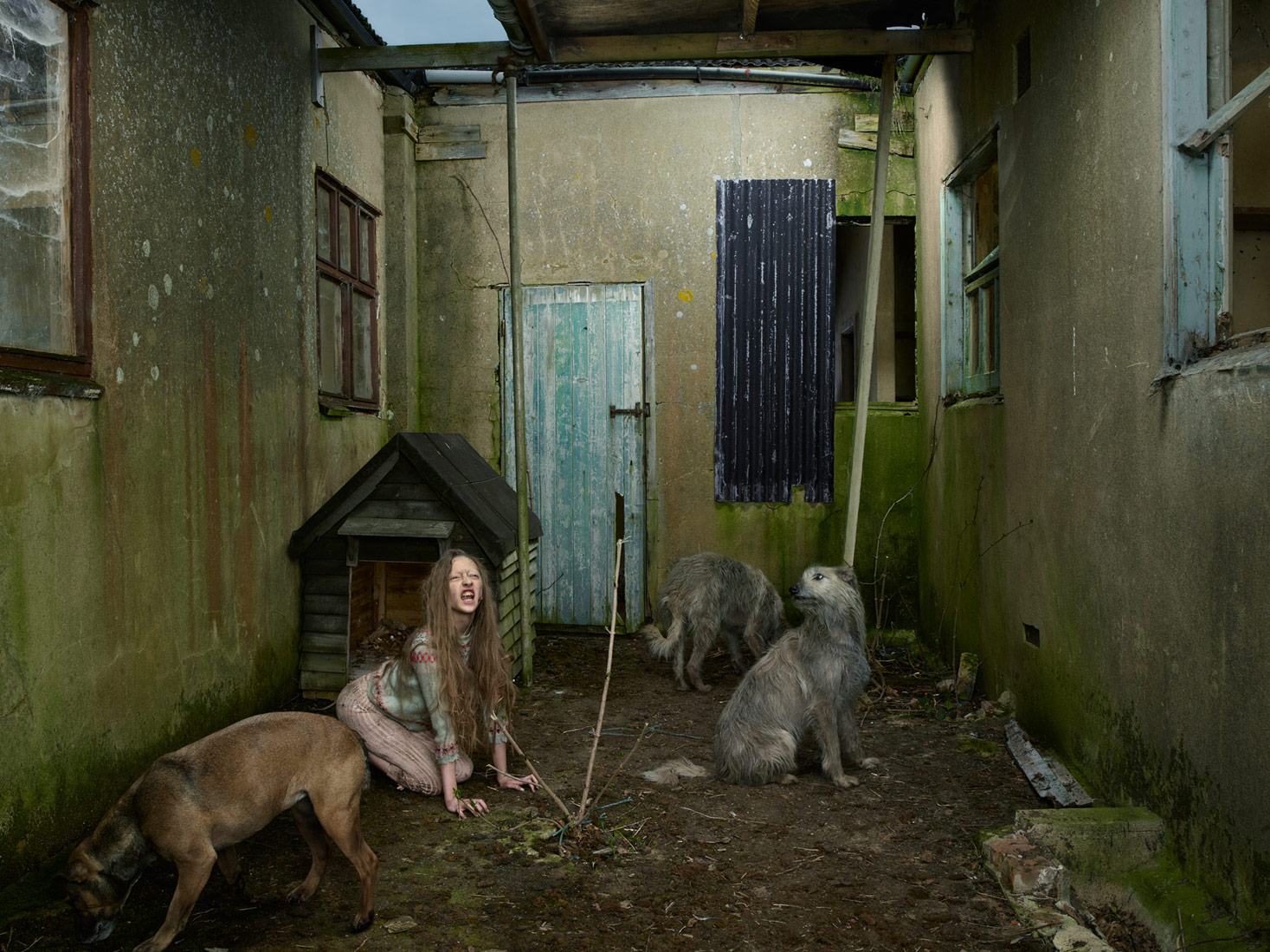 Oxana was found living with dogs in a kennel in 1991. She was eight years old and had lived with the dogs for six years. Her parents were alcoholics and one night, they had left her outside. Looking for warmth, the three year old crawled into the farm kennel and curled up with the mongrel dogs, an act that probably saved her life. When discovered she behaved more like a dog than a human child. She ran on all fours, panted with her tongue out, bared her teeth and barked. Because of her lack of human interaction, she only knew the words “yes” and “no.”

Intensive therapy aided Oxana to learn basic social and verbal skills, but only with the ability of a five year old. Now 30 years old, she now lives in a clinic in Odessa and works with the hospital’s farm animals under the supervision of her carers