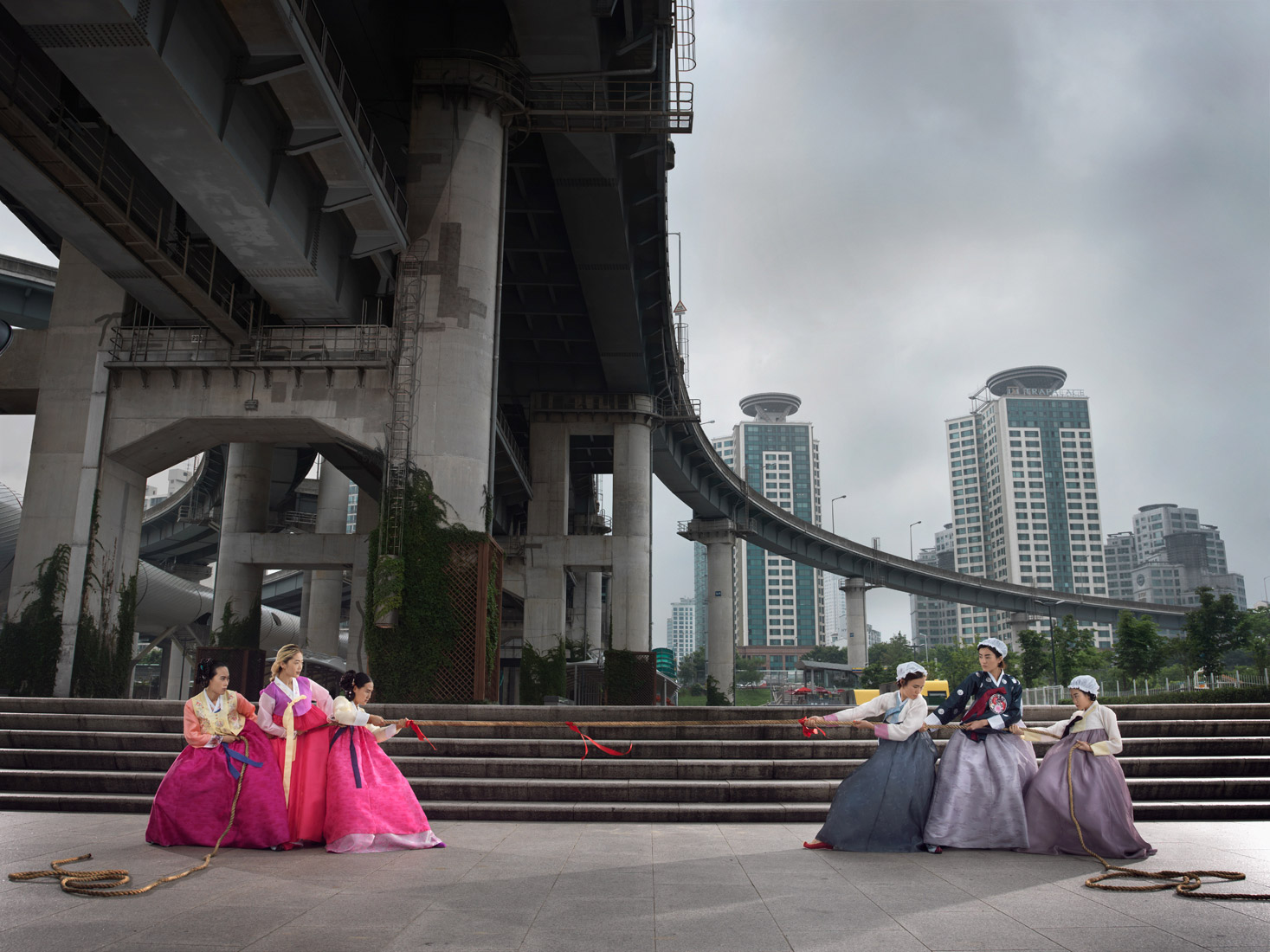 When Japan was defeated at the end of WW II Korea was split into two separate nations along ideological persuasions.

The tug-of-war taking place in the image illustrates the long-standing conflict situation between the two nations – economically, militarily and ideologically