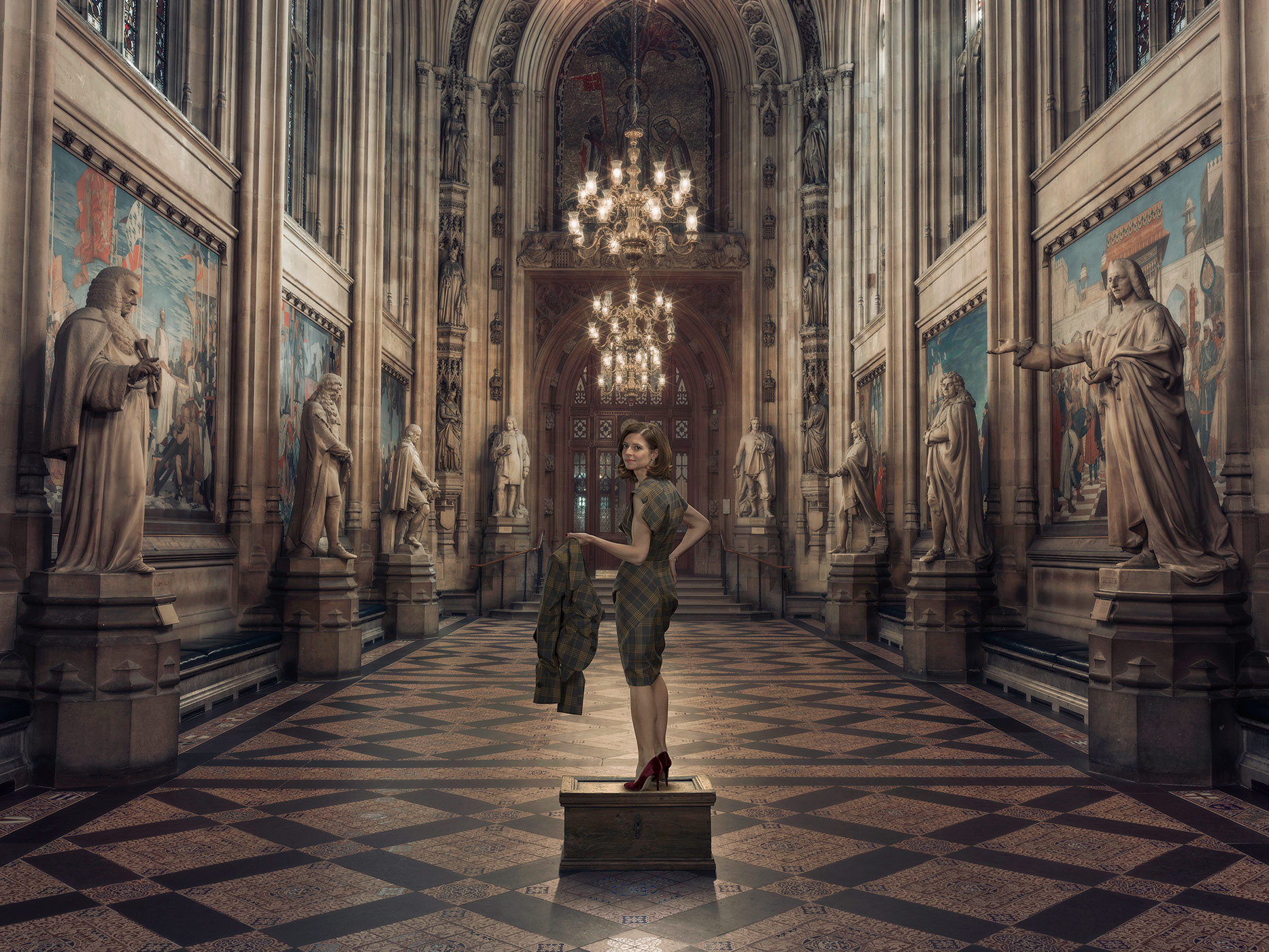 Seema Kennedy has been the MP for South Ribble in Lancashire since 2015. She is the first MP of Iranian descent to sit in the House and was Private Secretary to Prime Minister Theresa May. In 2016, Seema started a collaboration with the Labour MP Jo Cox to establish a commission to tackle loneliness. Tragically, Jo Cox was murdered just before the 2016 referendum. Seema now carries on the project with another Labour MP and close friend of Jo Cox’s, Rachel Reeves.

I chose to photograph Seema in St Stephen’s Hall in the Houses of Parliament, which is gloriously full of art and sculptures. Especially, it is lined with statues of famous male parliamentarians mounted on pedestals facing each other on either side of the Hall. I posed Sheema standing demurely elevated on a pedestal of her own and eye-balling the rows of serious looking statues. She wears a Vivienne Westwood suit which blends in well with her surroundings. She flamboyantly holds her jacket aloft as if to say to the rows of silent males, ‘Here I am, a woman MP in your midst’.