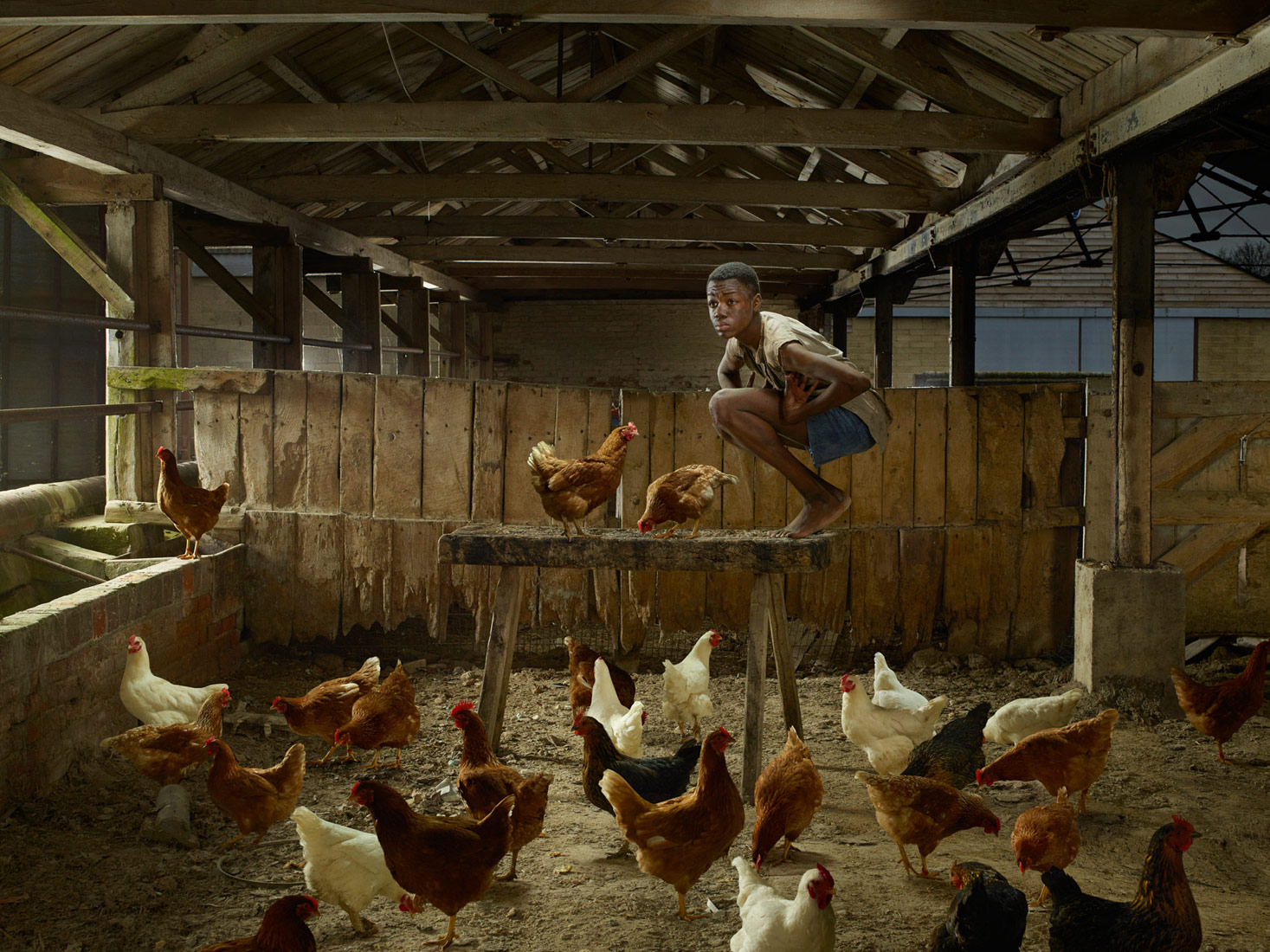 Sujit exhibited dysfunctional behaviour as a child. His parents locked him in a chicken coop. His mother committed suicide and his father was murdered. His grandfather took responsibility for him but still kept him confined in the chicken coop. He was eight years old when he was found in the middle of a road, clucking and flapping. He pecked at his food, crouched on a chair as if roosting, and would make rapid clicking noises with his tongue. His fingers were turned inward. He was taken to an old people’s home by care workers, but there, because he was so aggressive, he was tied with bed sheets to his bed for over 20 years. Now he is over 30 years old and is cared for by Elizabeth Clayton, who rescued him from the home.