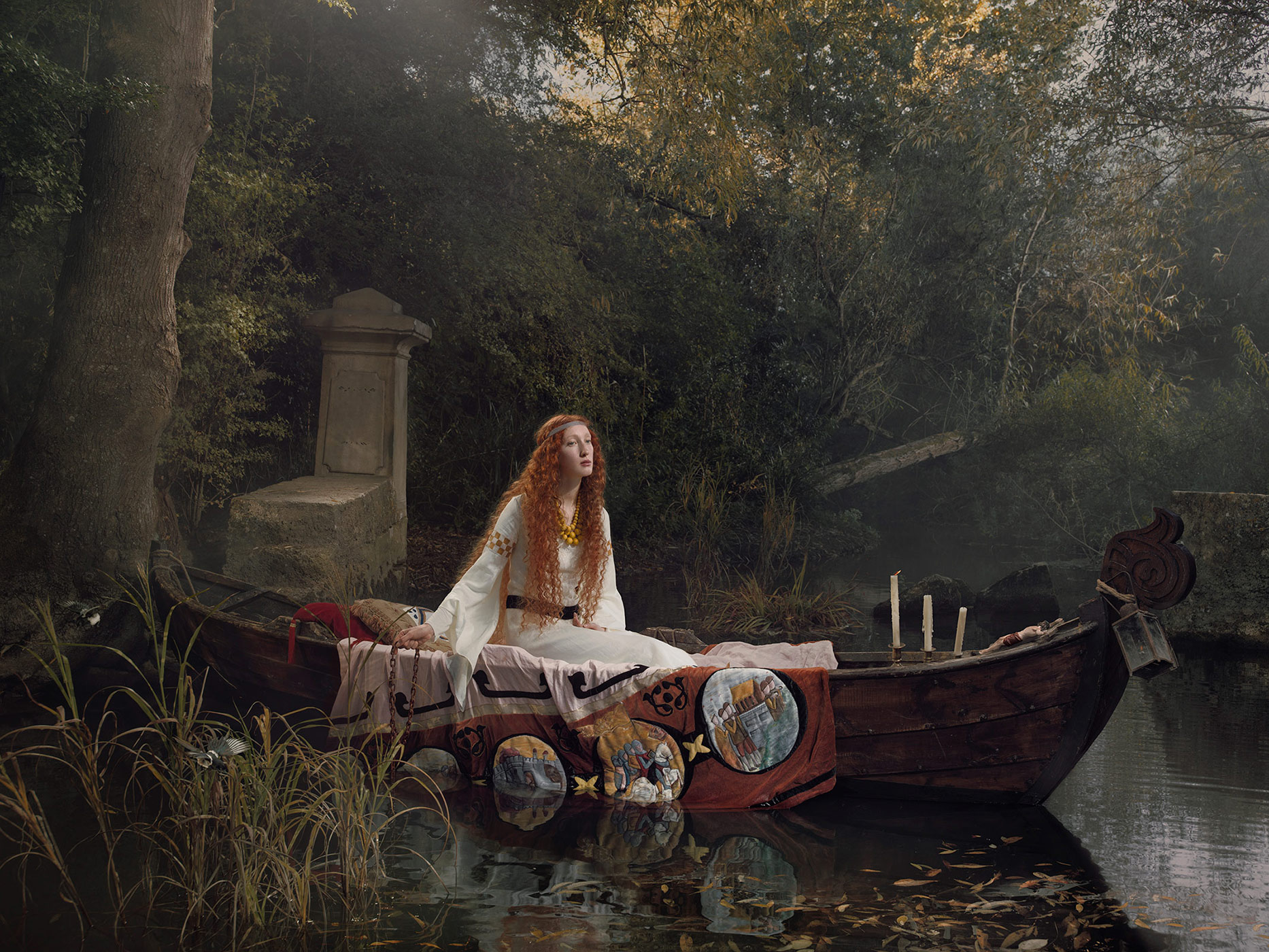 The famous English poet Alfred, Lord Tennyson first published ‘The Lady of Shalott’ in 1832, a poem based on one of the legends surrounding King Arthur and his knights of the Round Table. In his poem ‘The Lady’ lives isolated in a tower on an island called Shalott close to Camelot, King Arthur’s palace. She bore the curse that if ever she looked at Camelot from her window she would be punished. Her only view of the outside world was its reflection in a mirror. Too curious, she one day stole a look, the mirror shattered. Bewitched by what she had seen she climbed out of the tower window, took to a boat, and floated down the Thames River in the direction of Camelot.

On the bank of the river, she sees Sir Lancelot, one of King Arthur’s knights, and instantly falls in love with him. But he does not see her and cannot return her feelings. She dies before reaching Camelot where Lancelot finally sees her – but only as a corpse.

My image is based on the famous 1888 painting made by the Pre-Raphaelite artist John William Waterhouse, ‘The Lady of Shalott’. He portrays ‘The Lady’ as she sits in the boat as a sorrowful maiden dressed in virginal white. He heightens her sensuality with bright red lips, long flowing hair, and a low-slung sash. She has just cast off from the island, the mooring chain is still in her hand, a crucifix lies near the bow of the boat and three nearby candles suggest her spirituality. But only one of the candles remains lit, a portend of the fateful future awaiting her. The tapestry that drags in the water is one that she had woven on her loom during her lonely days in the tower.

Waterhouse painted three different versions of The Lady of Shalott. It is believed that his wife modelled for this one.