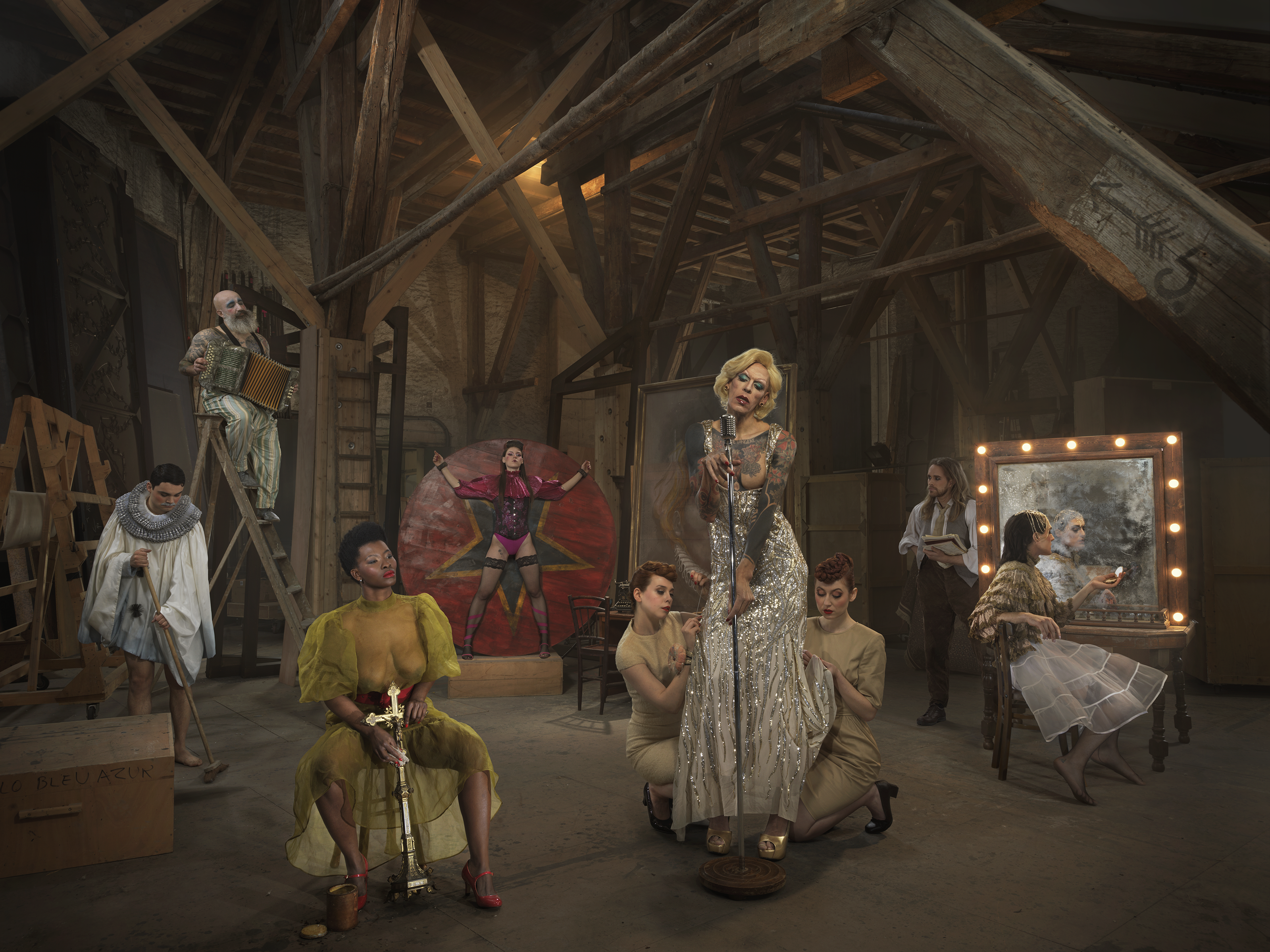 The Metz Opera House was built between 1732 and 1752, making it the oldest working opera house in France and, in fact, among the oldest in Europe. It is one of very few remaining opera houses still to have its own costume workshop. It seats up to 750 people and gives about 60 performances a year.

It was not possible for me to shoot in the auditorium itself, but this unique high ceiling room was available. It is still used for creating theatrical sets and as a storage space for them between performances. In a separate room I found a staggering amount of clothing, props, and other stored items. It was a Pandora’s box of a dream come true to be confronted by these treasures. I spent seemingly hours in dim lighting looking through rows and rows of costumes, some of which gave the impression that they hadn’t seen use in many years.

Quite often dust clouds pervaded the room as I excitedly discovered the fineness of the timeless garments and the appeal of suitable props. It took my team hours to clear the space for the creation of my own theatrical setting. But what a marvellous and rewarding experience to be able to create it in this fabulous backroom of a real theatre where no member of the audience or actor is permitted to trespass.

As with theatre settings my style of photography relies heavily on carefully selected costumes and props to establish and define the story and help actors to portray the character they are playing. My image is of my own theatrical staging of an idea I had, using a selection of the treasures that I found in my Pandora’s Box.