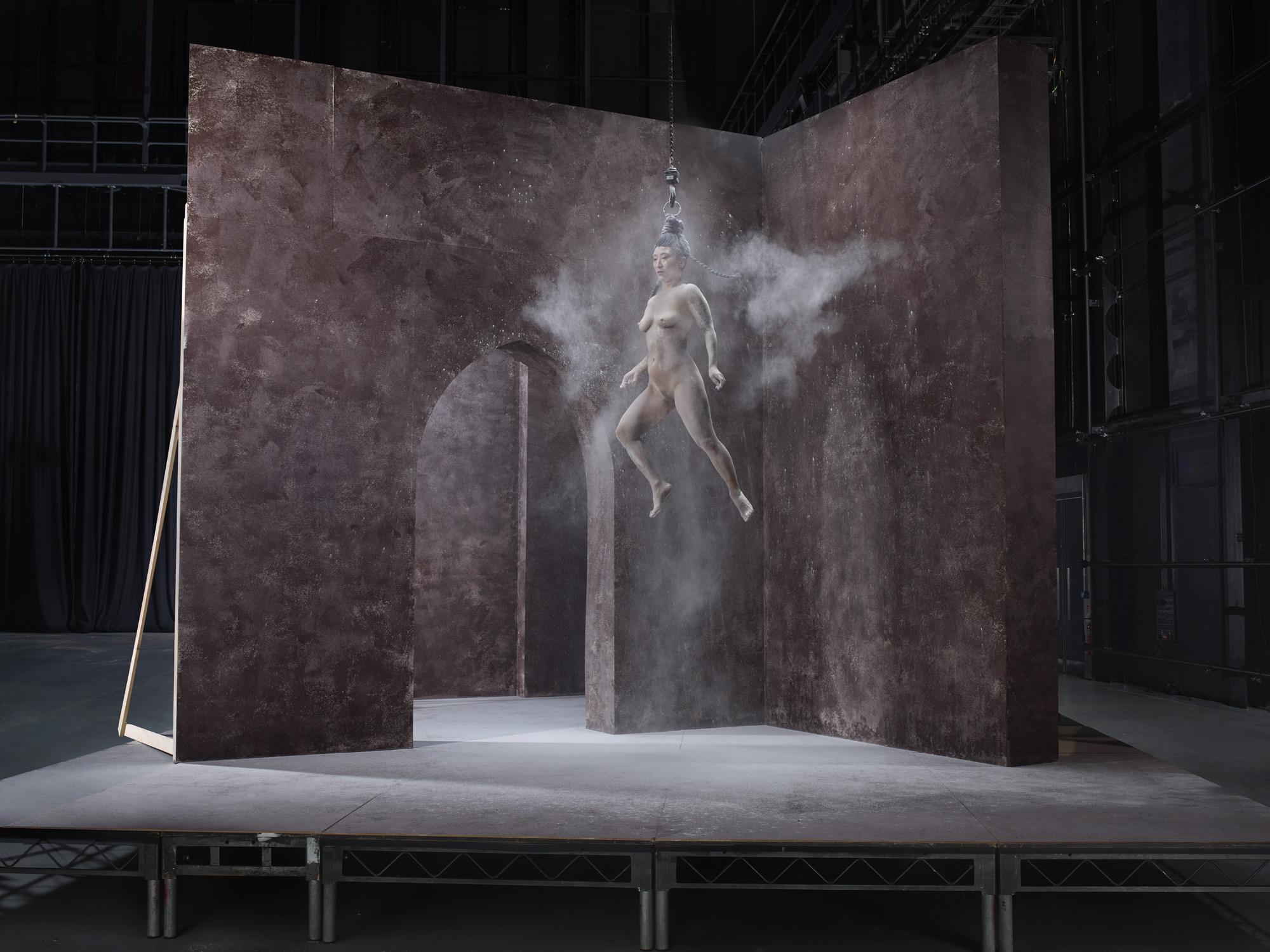 At forty-one years of age, Asian American aerial and drag performer, Veronica, spends much of her stage time suspended from the ceiling by her hair, wearing nothing but a ribbon in her natural black locks. Although the act is said to have derived from South American roots, others claim it to have begun in ancient China, as entertainment for the Emperor’s court.

On the topic of eroticism as a sex-worker, we ask Veronica if she thinks her audience is sexually stimulated or not by her work. “I don’t think my burlesque act necessarily turns people on, but I do think hair hanging and my drag king work does. I always get hit on more after those! For some reason those acts make me more approachable than stripping. As part of the performance I ‘piss’ into a champagne glass and then drink it, that always seems to attract certain attention.”

Veronica won Miss Alternative World in 2009, it being described as a mixture of ‘Crufts meets classic pageant’. With the concept of beauty being in the eye of the beholder, past winners have varied from an 87 year old to a robot the following year. “You can’t even put a gender on the winners most of the time” Veronica tells us. She was champion of London’s Top Tranny in 2010.

In response to our question of “are you a feminist?”, Veronica barks back with pride and assurance, “fuck yes! I am an equalist, which therefore makes me a feminist. Why would anybody not be?! Anyone who argues that can go fuck themselves. There is obviously a difference in equality between the genders. There is a gender which has been oppressed by every society for hundreds of years. Parody doesn’t exist. If every single city, state and country has not made rape a war crime and acknowledged and prosecuted as such, then inequality is still in existence. People can give lip service to plenty of stuff but not enough is being done. There is an imbalance. Sexualised images being seen as demeaning to women are really subjective on who is viewing it, who is shooting it, and why it’s being viewed. There are so many variable elements. If everyone is agreeing to the erotic or pornographic image then I don’t think it’s exploitative at all. But if someone isn’t being paid enough, or being appreciated enough, then I have a problem with it as an equalist.”

As our conversation steers into personal relationships, we wonder where this nude, hanging by her hair, burlesque performer-come-drag-king sits on the scale of sexuality. “I can watch myself because I know myself more emotionally now, this is the first year I’ve spent single in a while.”

“I tend to swing towards men for relationships and women for sex. Men are fucking disappointing in bed. Really disappointing.”

This self-aware, cirque du aerial and fearless equalist takes no prisoners in her fight for passionate performance art. Veronica is exuberantly dedicated and unmistakably memorable in whichever crowd pleasing role she takes on. From the most hilarious Purple Prince to walk the transgender stage, to a tassle twirling burlesque teaser and hair hanging headliner – Veronica is an undeniable comic sensation who takes the concept of nude circus and sex work to new heights.